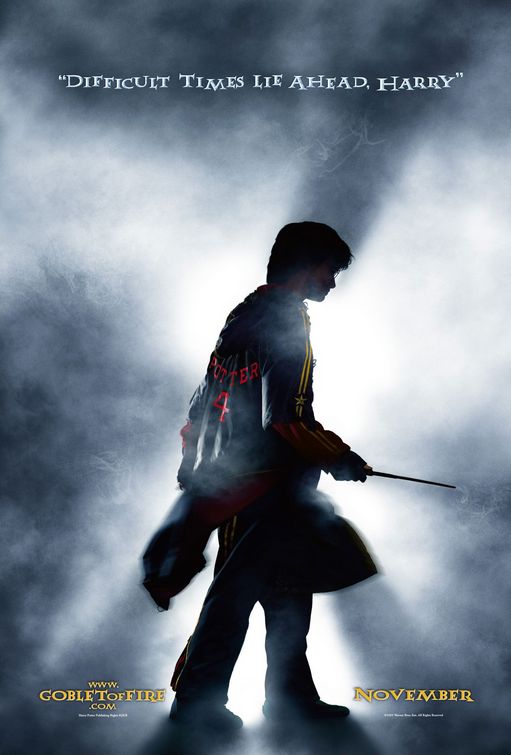 Here we are already at the halfway point of the Harry Potter series. Harry Potter and the Goblet of Fire is my favorite book and so far my second favorite film adaptation. That isn’t to say it isn’t without flaws, because it of course isn’t. It is a fun and entertaining movie that I felt missed a couple things that could have made it great.  Although, as I mentioned it is my favorite book, so part of it might be me being overly sentimental to the book.

Harry Potter and the Goblet of Fire takes place during Harry’s fourth year at Hogwarts. This year Hogwarts is hosting the legendary Triwizard Tournament.  The Triwizard Tournament consists of three events to competed by the champions of Hogwarts, Beauxbatons, and Durmstrang. Each school has a champion chosen by the non-partial Goblet of Fire. No wizard or witch under the age of 17 may enter due to the serious nature of the competition. Which makes it even more surprising when Harry Potter’s name comes floating out of the Goblet as the fourth champion. This is an event that adds to his already not so stellar year. Harry is also dreaming of Wormtail and Voldemort, and is having increasing pains in his scar. Harry must once again face trials and tribulations that most people would never even dream of experiencing.

First off, the positives. Goblet of Fire does a great job of keeping a steady pace throughout the movie. There are almost no parts that drag on, and it feels much shorter in length than one would think. Time flies when you are having fun right? From the very beginning where we see Potter and friends go to the Quidditch World Cup we know we are in for an exhilarating film. While unfortunately we don’t actually get to see any of the match, we do see an awesome introduction to the character of Victor Krum. While at the cup we also get to experience Harry’s first encounter with Death Eaters also known as the supporters of Lord Voldemort.  The great thing about this film is that it draws from such a big book that it has so much conflict and exciting narrative to draw from. However, this is one of the drawbacks as well if you are big Potter fan. Many of the fun subplots and minor characters are cut completely from the film.

As I mentioned in the Prisoner of Azkaban review, when you adapt a book to film there is always going to be material left out. This film had a number of scenes and characters cut out that I felt were pertinent to the story further down the road. They might not have much do with the current film, but they may effect the impact of the story further down the road. First big cut I felt was extremely wrong was the omitting of Dobby. Yes, Dobby does not do much in Goblet of Fire other than aid Harry Potter, which can easily be given to characters like Neville (who also needs to be fleshed out a bit more), but it unfortunately makes him less familiar down the road when he undoubtedly has to come back into the series. If you’ve read Deathly Hallows you will know why, if you haven’t you will find out soon enough.

There is another scene in the book which I feel is important to Harry and the Weasley family. Before the last event of the Triwizard Tournament in the book, the champions families come to visit with their champion. Harry, of course thinking he has none, stays until he is called into a room where he finds out Ron’s mom, Molly Weasley and his brother Bill have come to support Harry. It is a great way to show that Harry isn’t alone as he thinks he is. He through his friends has gained a new family and people who are protective and feel that paternal and sibling like love. To me it is one of the most touching scenes in the whole series and I was very disappointed to see if left out.

Other characters like Winky and Ludo Bagman are also cut, but their story is mostly subplot and while funny in the books, doesn’t deserve the screen time. Perhaps if the film had been broken into two parts like the Deathly Hallows is going to be, then it would have been worth including in the adaptation. So, there are changes that are deserved. There are a couple other changes that strike me as odd though. Barty Crouch is reduced from a severe, stern, and power hungry dark wizard catcher in the books, one who authorized the use of the unforgivable curses against dark wizards, to a bit of a bumbling idiot who appears to not have everything under control. It seemed like an unnesscary and stupid change in the long run. It reduces the severity of the character, and of what Harry faces in the rest of the wizarding world. It shows that there aren’t just good and evil characters in this world, but ones who walk a fine line.  The other big character change is that of Albus Dumbledore. His rage and accusatory tone to Harry after his name is drawn from the Goblet seem completely out of character, and shows no trust in Harry. Dumbledore is supposed to be Harry’s biggest supporter and mentor, not his accuser. It is little slip ups in characters that make me think that director Mike Newell while great with getting great performances out of his actors, might not have understood a lot of the intentions of the characters in his source material.

Newell does do a fine job at bringing out some great performances in this one. While Azkaban gave a whole new technical beauty to the film, the performances were good, but not great. Newell keeps a lot of the tone set out for him, but turns the acting up a notch. Radcliffe who did an admirable job in the rest of the films, but tended to be slightly wooden at times, gives his best performance yet. Better yet is the performance he gets out of Rupert Grint as Ron and Emma Watson as Hermione Granger. The bickering between the two seem entirely believable and even more so is the romantic tension between them. Newcomer to the series Brendon Gleeson leaps right off the page as Mad-Eye Moody, the slighty crazy but effective Auror. Gleeson who has been a favorite of mine for a while commits to the character so well, when if not done right could have looked ridiculous (or ridikulus). Ralph Fiennes plays a sinister Voldemort who rises once again to his full form to terrorize the wizarding world.

The lighting and feel of this film is great, there is sometimes where it feels like there is a little too much bloom do to over lighting, However, this can be explained mostly by the dreamy type sequences they are.  Things are a little better in focus during the rest of the film. Special effects continue to improve in this one, including a spectacular sequence with a dragon. My only problem with that particular scene is in the ending which feels sluggish for no reason. Although the best special effects are those produced for scenes of wand magic. A duel towards the end of the film is brilliant looking and is not an effect I ever expected to see done so beautifully. Set design is great in this one. Upon rewatching this the other night I was amazed at the detail that went into to some of the sets. To the embroidery on some of the tents and the look of wear and tear in other everyday type sets. It makes for an ultra-realistic experience to something that should be so foreign to us.

Harry Potter and the Goblet of Fire is a really good film, but sometimes lacks some of the story of the book. It’s a little tighter, but lacks as much heart. If not for a few of what were a bit of stupid changes the film could be a near perfect adaptation.

Harry Potter and the Goblet of Fire gets a A-. 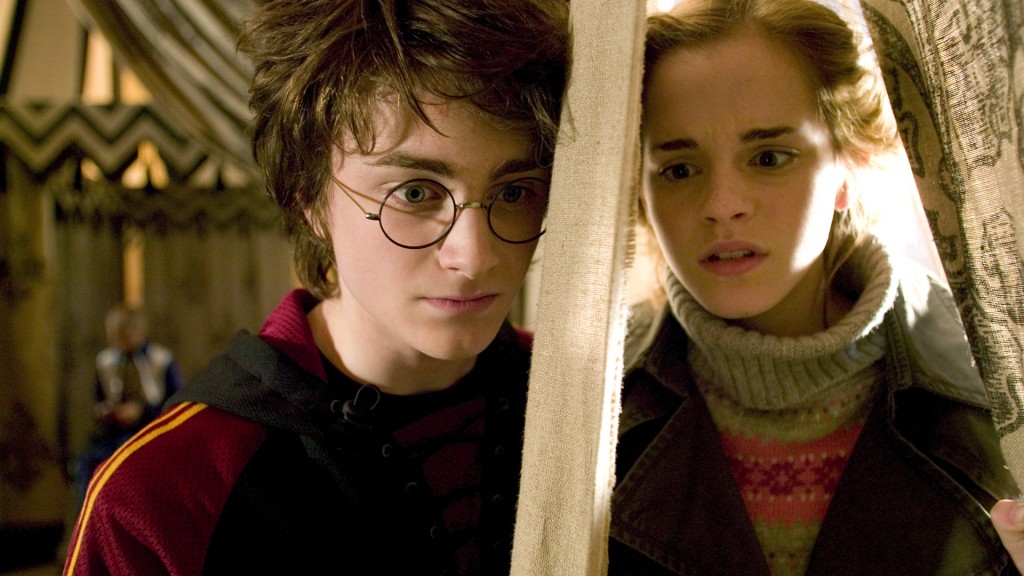