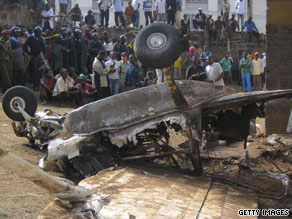 Dan Parris, 25, and Rob Lehr, 26, both from St. Louis, Missouri, were shooting an independent documentary on poverty in Africa.

Both men were hospitalized and expected to survive, according to David Peterka, who was part of the film crew, but was not aboard the plane. He said that all four aboard the plane were Americans.

The crew had been in the east African nation for four days and was shooting video of Kibera, one of the largest slums in Africa.

The plane was headed to nearby Wilson Airport, where most light aircraft land in the Kenyan capital.

“The pilot had warned that he was going to hover and go slow,” Peterka said. “They were surprised when they went to about 50 feet off the ground — and then they hit electrical lines and the plane flipped into the building.”

Just before the plane crashed, the listening devices went off and they could not communicate with the pilot, Peterka said.

Peterka said Lehr, who was ejected because the doors were open for filming, ran back in to rescue the others. Parris crawled out and Lehr, with the help of bystanders, pulled the pilot and the engineer out as the plane burst into flames, Peterka said.

“Local residents were using water, dirt to put the fire out” before the fire department arrived, Peterka said.

The four-seater plane was owned by African Inland Missions company.

No one on the ground was injured, Mwaka said. The crash is under investigation. 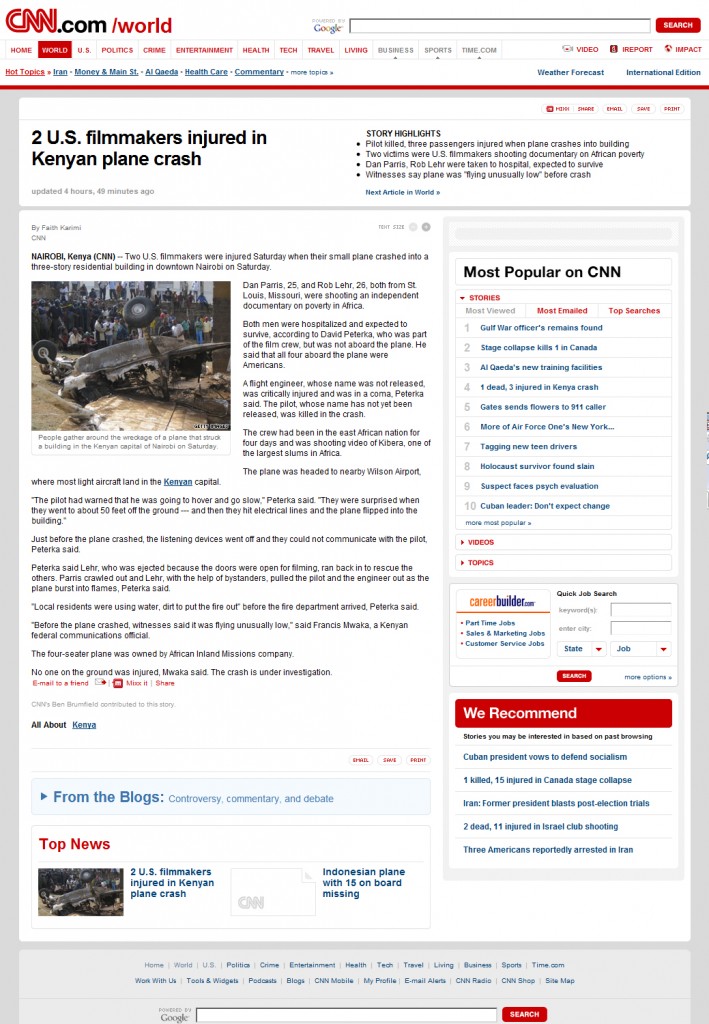