Get the Scoop on “DUE DATE” Starring Robert Downey Jr. and Zach Galifianakis 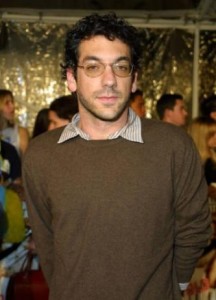 Coming off of the incredible success of THE HANGOVER, which has now made over $240 million dollars at the box office, director Todd Phillips is ready to start work on a new comedy. The film, starring Robert Downey Jr. and Zach Galifianakis, will be titled “DUE DATE” and may start filming later this year.

According to EW, the movie “centers on an expectant dad, to be played by Downey, and his unlikely travel companion (Galifianakis), who race cross-country in hopes of making it home in time for the birth of his first child.” They say that Warner Brothers has not green-lit the film yet, but I have a feeling that the success of THE HANGOVER at the hands of director Todd Phillips will allow him to do whatever he wants. Especially since Robert Downey Jr. and Zach Galifianakis are on board.