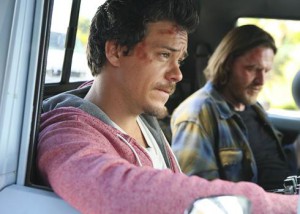 It has become quite apparent that my household was one of the few watching the freshman FX series, Terriers. The ratings for the series have been the lowest of any new scripted show in FX’s history. The show averaged a viewing audience of 907,000, and only 509,000 of them in the adults 18-49 demographic, giving the show a measly .49 demo rating.

So, it is with these numbers in hand that FX President John Landgraf cancelled the show that seemed so promising to many critics (including myself).

“From my standpoint, the marketing department of FX has taken a little bit  of unfair knocks for the lack of performance of the show. I don’t think there is anybody to blame. It’s hard to explain why people didn’t watch,” said Landgraf during the announcement.

The show which was produced by creator of The Shield, Shawn Ryan, and Ocean’s 11 writer, Ted Griffin followed Donal Logue and Michael Raymond-James as private detectives who took whatever work came their way. The two eventually fall on much bigger plots that creates all different kinds of chaos in their lives.

I’m not really sure I can blame FX on this one. FX has shown a willingness to stick with quality programming in the past. They have a track record that is better than just about any cable network out there currently. The fact remains that it is a business, and if you can’t get the product to perform it probably isn’t worth it to continue. These weren’t ratings that were very salvageable.  As much as I enjoyed the show, I couldn’t convince anyone to watch it. Maybe it was due to lack of any big names, maybe a name like Terriers doesn’t sound like good television, whatever it was it is a shame that the show didn’t find viewers.