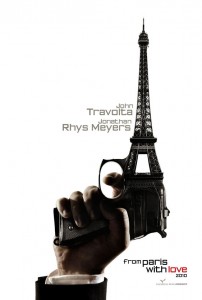 A low-ranking intelligence operative (Jonathan Rhys Meyers) working in the office of the U.S. Ambassador in France takes on more than he bargained for when he partners with a wisecracking, fast-shooting, high-ranking U.S. agent (John Travolta) who’s been sent to Paris to stop a terrorist attack.