Friday New Releases: “Green Zone,” “Remember Me” & “She’s Out of My League” 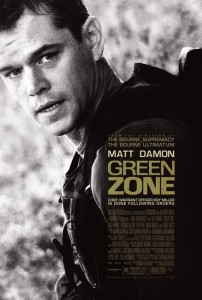 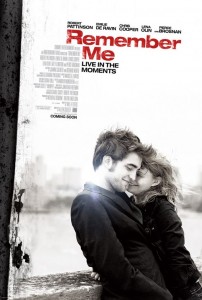 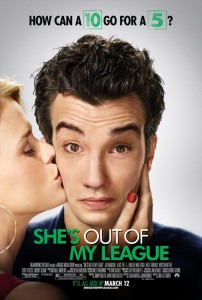 During the U.S.-led occupation of Baghdad in 2003, Chief Warrant Officer Roy Miller and his team of Army inspectors were dispatched to find weapons of mass destruction believed to be stockpiled in the Iraqi desert. Rocketing from one bobby-trapped and treacherous site to the next, the men search for deadly chemical agents but stumble instead upon an elaborate cover-up that inverts the purpose of their mission. Spun by operatives with intersection agendas, Miller must hunt through covert and faulty intelligence hidden on foreign soil for answers that will either clear a rogue regime or escalate a war in an unstable region. And at this blistering time and in this combustible place, he will find the most elusive weapon of all is the truth.

Tyler, a rebellious young man in New York City, has a strained relationship with his father ever since tragedy separated their family. Tyler didn’t think anyone could possibly understand what he was going through until the day he met Ally through an unusual twist of fate. Love was the last thing on his mind, but as her spirit unexpectedly heals and inspires him, he begins to fall for her. Through their love, he begins to find happiness and meaning in his life. But soon, hidden secrets are revealed, and the circumstances that brought them together slowly threaten to tear them apart. Remember Me is an unforgettable story about the power of love, the strength of family, and the importance of living passionately and treasuring every day of one’s life.

Kirk, an average Joe, can’t believe his luck. Though he’s stuck in a seemingly dead-end job as an airport security agent, against all odds, Molly, a successful and outrageously gorgeous babe, has fallen for him. Not only is Kirk stunned, but his friends, family and his ex-girlfriend, too. Now he has to figure out how to make the relationship work, even though he’d be the first to admit she’s totally out of his league.