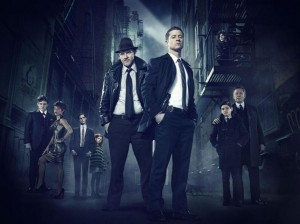 The cast of Fox’s GOTHAM.

For many decades, Batman has been one of the most popular and recognizable superheroes. He has been featured in endless comics, a number of different films, television, and animated adaptations, and several games. He has also been idolized by millions of children for the better part of a century. Furthermore, the world of Gotham City—the setting for most Batman tales— is one of the most fully realized settings in all of fantasy or fiction.

But ever since the revelation that was Christopher Nolan’s wonderful film Batman Begins, the caped crusader has become more popular than ever. Nolan brought Batman to theaters in a bigger and better way than ever before. As a result, a generation obsessed with modern superheroes holds Batman on a higher pedestal. Just consider the adaptations and spin-offs we’ve seen even since Batman Begins hit the cinema in ’05. 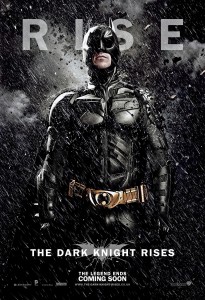 In film, Batman already has a huge presence. Not only did Nolan’s film spark two successful sequels, but a reboot is already on the way. As film fans will know by now, Zack Snyder (who directed 2013’s Superman film Man Of Steel) has added Batman to his cast of characters for a forthcoming Superman sequel that will feature a number of other DC characters. With Ben Affleck cast in the role, it’s somewhat unclear whether the part is intended as a future version of Nolan’s Batman or an entirely new interpretation. But in Entertainment Weekly, Snyder did reveal that his film’s Batman will be an “older, world-weary” version.

Gaming, too, has seen multiple adaptations since the explosion of Nolan’s Batman franchise, with the most mainstream example being the “Arkham” series for modern consoles. These games, while not officially based on the Dark Knight trilogy, have taken a similarly dark, serious approach to depicting Gotham. They have also used modern gaming capabilities to allow players unprecedented flexibility in exploring Batman’s world. However, these aren’t the only popular Caped Crusader games making the rounds. Online, the Betfair arcade has capitalized on Batman’s popularity by using him and a dark, Gotham-like artistic design for an online casino game. It’s a different spin on superhero gaming, but the raw use of atmosphere to create a Batman betting game speaks to his power as a character. The same can be said of any number of Batman games available on mobile devices, most of which are limited in terms of gameplay, but they are thrilling simply because of their graphics.

All of these adaptations and spin-offs indicate just how big of a deal Batman is in modern culture. But even with all of these out there already, this fall we may have been introduced to one of the strangest and best Batman spin-offs in existence.

On September 22, Fox aired the premiere of the brand new crime drama Gotham, and earned a mostly positive response from critics. The show was developed and executive produced by Bruno Heller with help from DC Comics, and it is based on the world of Batman—without actually including Batman. Somewhat in the vein of Marvel’s Agents Of S.H.I.E.L.D.—it focuses on the agency behind the Avengers rather than the heroes themselves—Gotham seeks to capitalize on the aforementioned world of the Batman comics, which is a favorite setting for so many fans. 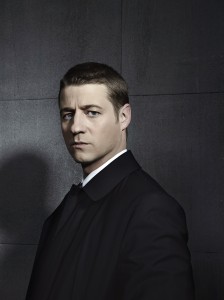 But what became apparent just minutes into the pilot is that Gotham is simply better equipped to survive without Batman than S.H.I.E.L.D. is without the Avengers. This television show is built on the idea of a young James Gordon (played by Ben McKenzie)—the detective who ultimately becomes Batman’s police force ally—working to solve the case of the deaths of Batman’s parents, Thomas and Martha Wayne. Even this basic synopsis makes for a great setup: basically, we’re getting a standard TV detective show that has the huge advantage of operating within Batman’s narrative. And it comes complete with all its villainous scoundrels while the inevitable hero is still a child. It’s simple but brilliant.

As for the Pilot, it was somewhat caught up in its own brilliance. As IGN conclude in its review, the show’s first episode was a little heavy on the Easter eggs and hints of Batman characters to come. It felt like a desperate move to draw in a skeptical audience. While this criticism is certainly warranted, there was also a lot of good in the pilot. Most importantly, McKenzie’s Gordon is a fresh and intriguing take, and his partner detective, Harvey Bullock (played by Donal Logue), has wonderful potential. If the show can slow down and focus more on itself, rather than the world it comes from, it could be be great.

All things considered, this is one superhero spin-off gimmick we can get excited about. Watch the pilot, and you won’t be entirely convinced yet. However, you’ll get the feeling that this may be the best piece of entertainment to come out of Batman since Nolan’s series.