With the success of Twilight, vampire themed shows and movies are flooding the market. Not the kickass I want to drink your blood type, but the overly sensitive listens to emo type vampires. Well, get ready because after the huge opening weekend that New Moon had, executives are starting to look in the direction of werewolves.  Expect for the werewolves in this new series to be defanged to appeal to a wider audience who doesn’t understand what “monster” means. 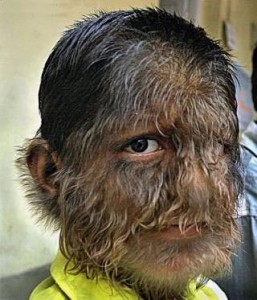 Never mind vampires — the Fox network is looking to get back into the werewolf business, developing “Howl,” from DreamWorks TV.

“Howl” is described as an epic family saga about warring families of werewolves in a small Alaskan town.

“Alaska is a place where people disappear and now you know why,” Miller said.

The script reflects the changes that are going on in the country, and “metamorphosis and constant change is the basis of werewolf mythology,” he added. “Howl” is about “the psychology of living with change.”

I’ll be really surprised if this doesn’t turn out to be horrible. Although, I do love genre TV, and I love it when I am surprised by something. Hopefully this will be one of those times where I am pleasantly surprised.