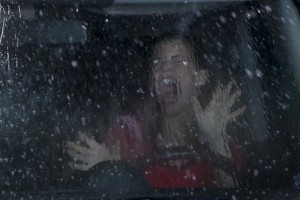 Quentin Tarantino’s Inglorious Basterds has the most impressive weekend, bringing down another $15 million, to make it his second most attended picture of all time, and even though with its current run of $95 million it still has a ways to go to catch up to Pulp Fiction in ticket sales. Unadjusted though it should end up making more than Pulp Fiction’s $108 million domestic run.

Sandra Bullock and Bradley Cooper’ who both had breakout hits this summer with The Proposal and The Hangover, did not favor as well this weekend as with their previous films. All About Steve came out to almost all across the board bad reviews. It sits right now at 5% fresh on RottenTomatoes. This weekend it had an estimated gross of $14 million, much better than expected. While the gross outperformed many analysts predictions, it still did not perform well on the basis of the star power behind it.

If All About Steve over performed, then the Gerard Butler action film Gamer underperformed. The film was expected by many to be the top film out this week, but crashed and burned with an estimated $11.2 million dollars over the 4 day weekend. Also under performing was the new Mike Judge film Extract, which contained much of the same type of satire as his DVD breakout hit, Office Space. The film  made a lowly $5.1 million over the weekend.

Labor day weekend is considered to be the end of summer movie season, and this year it seemed to go out with a whimper instead of a bang. The silver lining is that this is the biggest summer box office total ever. The summer had many expected and unexpected hits. Now I guess it is time for us all to prepare for the Christmas movie season, which should be right around the corner!