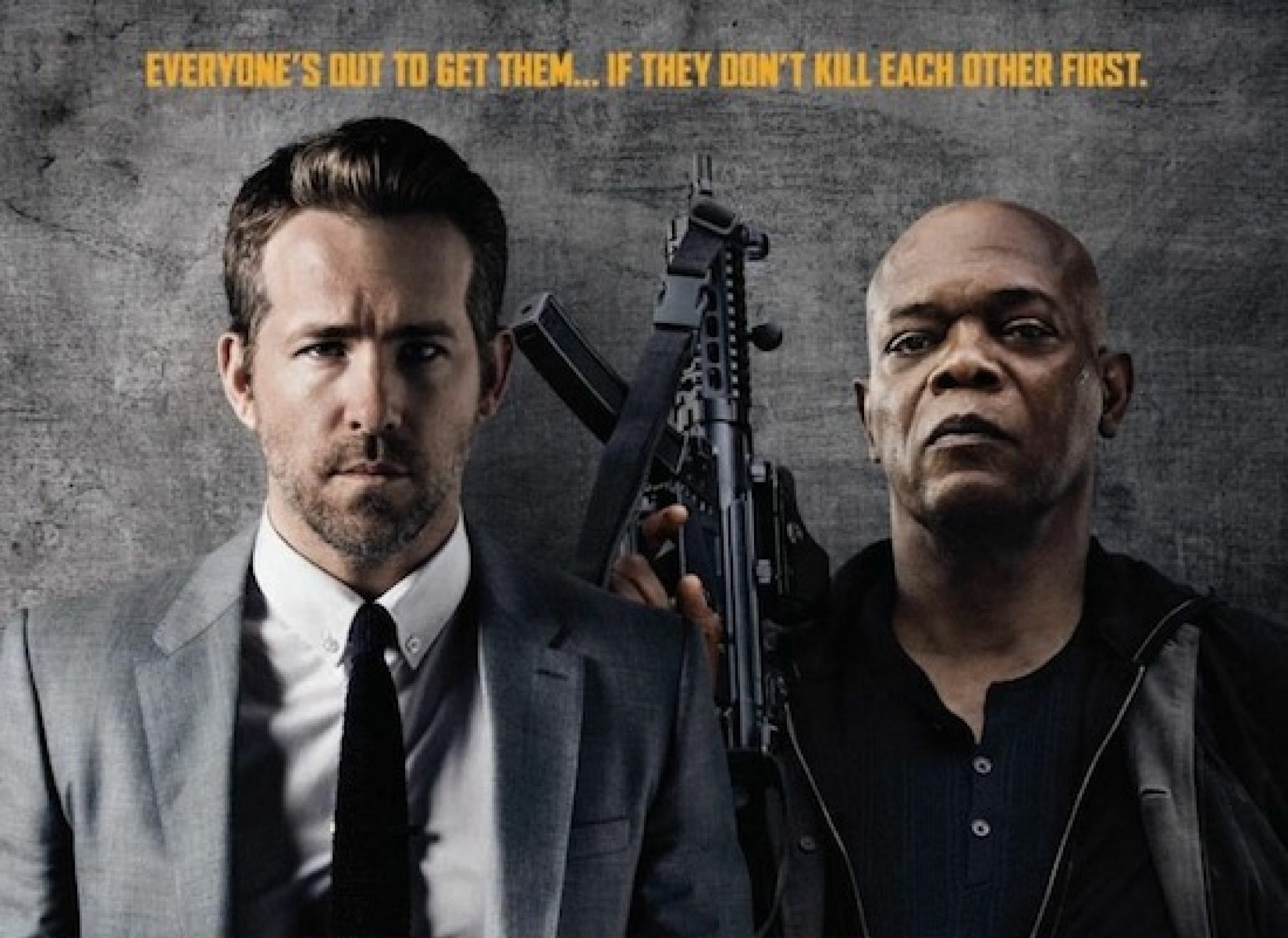 If you’ve seen any promotional material or just considered the personas of Ryan Reynolds and Samuel L. Jackson alone, you know what kind of movie you’re going to get with The Hitman’s Bodyguard… and that is not a bad thing.

The film is directed by Patrick Hughes, and is an action packed comedy in which Darrius Kincaid (Jackson) is one of the deadliest hitmen in the world. He’s also a key witness in the trial against a ruthless dictator, played by the always fantastic Gary Oldman. Of course, things go awry in the transportation of Jackson’s incarcerated character and protection is imperative if Kincaid is going to make it to the trial alive. As a favor to his ex-wife, Michael Bryce (Reynolds), who’s known for his outstanding career in protection, is called upon to protect and escort Kincaid from England to The Hague in which the trial is taking place. However, he doesn’t know it’s Kincaid when he’s asked. If he did, he likely would have refused because they are arch rivals from completely different ends of the spectrum – Bryce protects people and Kincaid kills them.

Reynolds and Jackson play off of each other really well throughout the entirety of the movie. I found their back-and-forths incredibly entertaining from their opening scene together, and throughout the film. Gary Oldman is also fantastic as ever as the antagonist dictator Vladislav Dukhovich. But believe it or not, the real takeaway performance from this movie goes to none other than Salma Hayek. I had no idea she was even in this movie until she appeared on-screen. While her appearances are brief (maybe fifteen minutes worth), her performance will have you in tears. I can’t recall the last film I’ve even seen her in (sans her voice work in Sausage Party), but it was great seeing her onscreen again and in such an entertaining role.

While a lot of the film was riddled with action film tropes and entirely predictable (honestly, who didn’t see that revelation coming?), I thought Hughes’ work behind the camera was fresh and at times delivered some very cool action scenes. Near the beginning of the film, he made what I thought to be a great narrative choice when introducing Reynolds’ character and his line of work. Near the end is a clever and thoroughly entertaining fight scene in a tool shop that had me on the edge of my seat.

Where the film struggles though is its length. I think this could have easily been maybe thirty minutes shorter, and still have the same impact. Kincaid’s entire motivation for testifying is to free his allegedly innocent wife from incarceration. While diving into that story helps the viewer understand who Kincaid is, it kind of felt like too much. On one hand, I think the film could have worked without the time it spent diving into that relationship, but on the other we wouldn’t have Hayek and her outstanding performance in this film if they cut it. I think they knew they had gold with her so cutting it probably never crossed their minds. Even at the end, there’s more closure to his and her relationship than there is with Bryce and his ex-wife’s, which I found strange.

Ultimately though, I can’t complain. As said at the start, I knew what I was expecting with this this film and it delivered accordingly. It’s a fun off-the-wall story, packed with surprisingly well-shot action, and you’ll get your money’s worth from the cast alone.

The Hitman’s Bodyguard gets a B