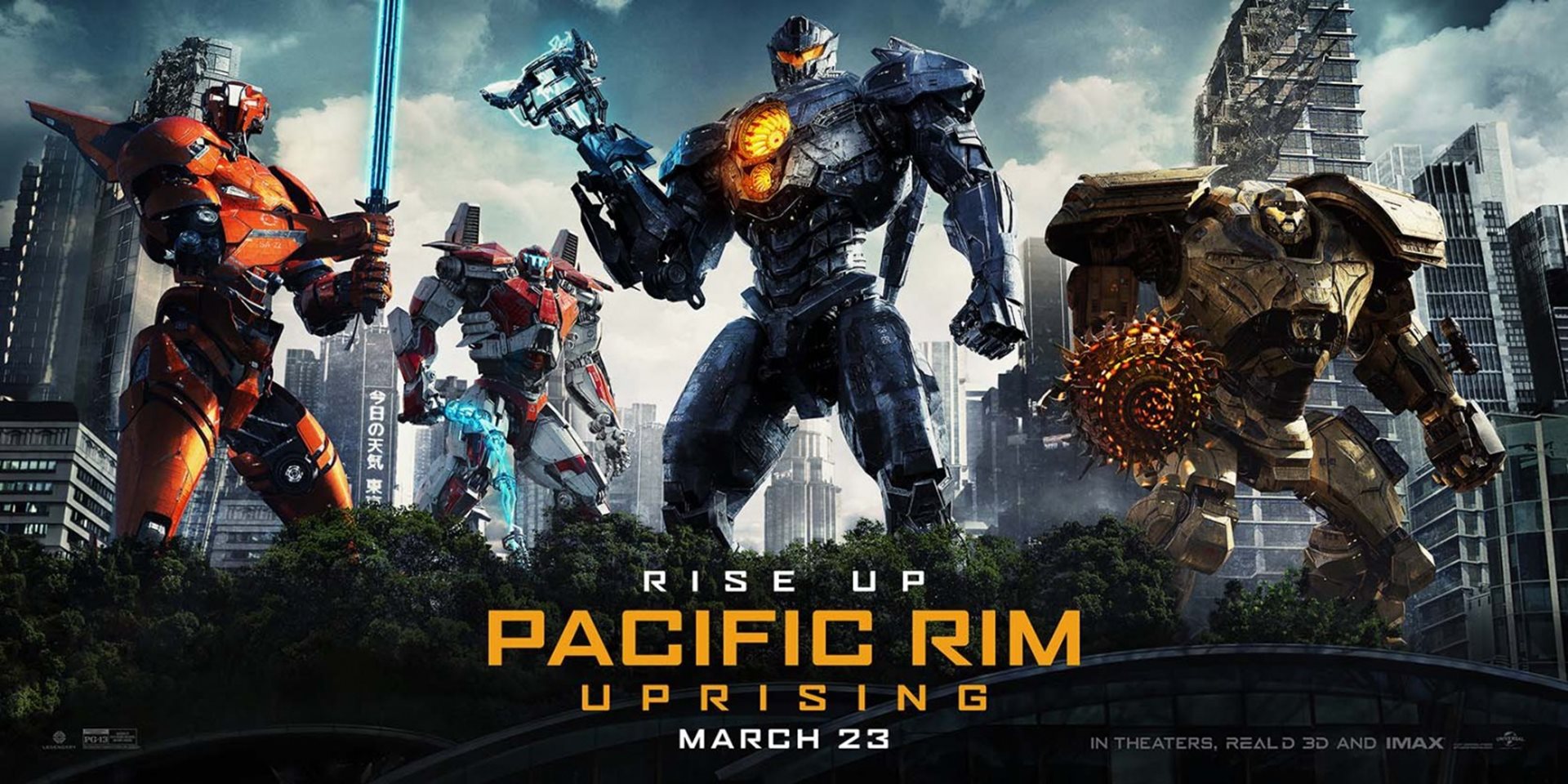 That’s the question director Steven S. DeKnight tries to answer as he ironically transitions from the small screen to the big screen with his directorial debut of Pacific Rim: Uprising. In this case, the answer is…yeah, I guess so? But that’s not really saying much. Though I always appreciate the vision and artistry of recent Best Director and Best Picture winner Guillermo del Toro, 2013’s Pacific Rim left me with something to be desired. I didn’t love it, so when a sequel was eventually (and surprisingly) announced, I couldn’t have really cared less.

For those unaware of the plot of Pacific Rim, it’s about a giant monsters named “Kaiju” coming to Earth from an interdimensional fissure in the ocean and humanity’s attempt to combat them with giant robots coined “Jaegers.” The Jaegers are controlled by two pilots who sync their minds through a neural bridge in a process called drifting and therefore both minds are combined and controlling the Jaegers movements from within. The better the connection – the better the fight.

After Idris Elba effectively “canceled the apocalypse” in the last film, the world is left in shambles. The Kaiju attacks have effectively stopped and humanity has begun to rebuild. However, it’s believed that the Kaiju will eventually return to try to wipe out the planet once more and the nations of the world want to be ready. That’s where the Shao Corporation comes in – a Japanese company specializing in producing remote operated Jaegers to combat future threats to the world. Everything about utilizing them makes sense, but apparently there is still some pushback on making them global, mostly from the pilots themselves. I didn’t really understand the conflict here and it’s just another confusing throwaway plot point in addition to the several others that pop up throughout the film. 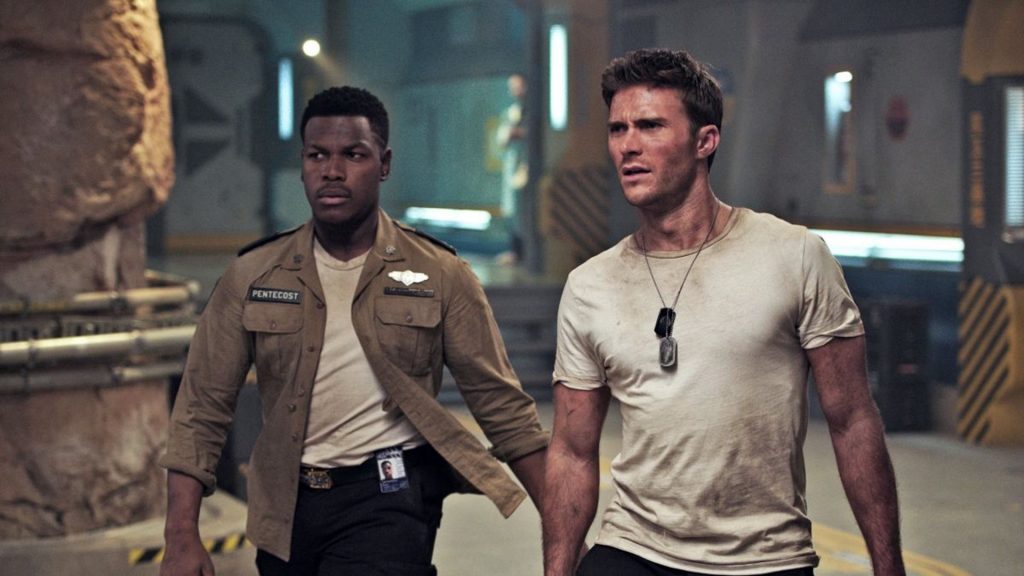 Despite the lack of any substantial weight to actually be held, Uprising is carried by John Boyega in the lead role and a huge improvement from Charlie Hunnam previously. Boyega plays Jake Pentecost, a charismatic defect from the Jaeger program now living in the criminal underworld until plot conveniently forces him back into the program. He is also the son of the former film’s commander, Stacker Pentecost (Idris Elba), and with maybe a little help from the writers, he does a pretty convincing job portraying as such with hints of Elba in his actions and dialogue.

In addition to Boyega, I found newcomer Cailee Spaeny to be a delight as the youthful and rebellious Amara Namani, who’s introduced piloting her own self-built mini-Jaeger named Scrapper (whom you can bet the house will play a significant role later, even without me having told you). On the flip side, however, Scott Eastwood provides nothing substantial in the role of Jake’s Jaeger partner, Nate Lambert. While he possesses physical resemblances to his film-legend father Clint Eastwood, he lacks the charisma and presence to shine on screen and doesn’t really add anything here other than a little bit of banter with Boyega.

There were a couple of things that bothered me most about this film, though. The first being a certain character turn that I honestly can’t even begin to describe without giving the movie away (seriously, it’s just…weird) and more importantly, the second being the total disregard for human life when it came to the big climactic battles. I understand these Jaegers are meant to defeat these monsters in whatever way possible. The entire genre is simply about huge fights and total destruction, but there are times in this movie where skyscrapers and vehicles are used as weapons and not a concern in the world is displayed as to whether or not people are inside of them (and in all likelihood, they are). As cool as the action pieces looked, I couldn’t let that thought escape my mind, especially when scenes from earlier in the film make a point to show the Jaegers saving people from falling debris and certain doom during an earlier attack.

When it gets down to it, you have to remember this film is about giant robots versus giant monsters (with a few robot versus robot battles in between). In that regard, fans of the genre (and certainly fans of the first film) will definitely find entertainment here. The story is severely lacking in substance and goes in many different directions and the characters aren’t very interesting at all, but the film makes up for it with some moderately fun action and somewhat humorous dialogue at times. I found it more entertaining than the first film, myself, and I think fans of Pacific Rim will like it even more. In the end, it’s probably still better than any of the Transformers films. Probably.