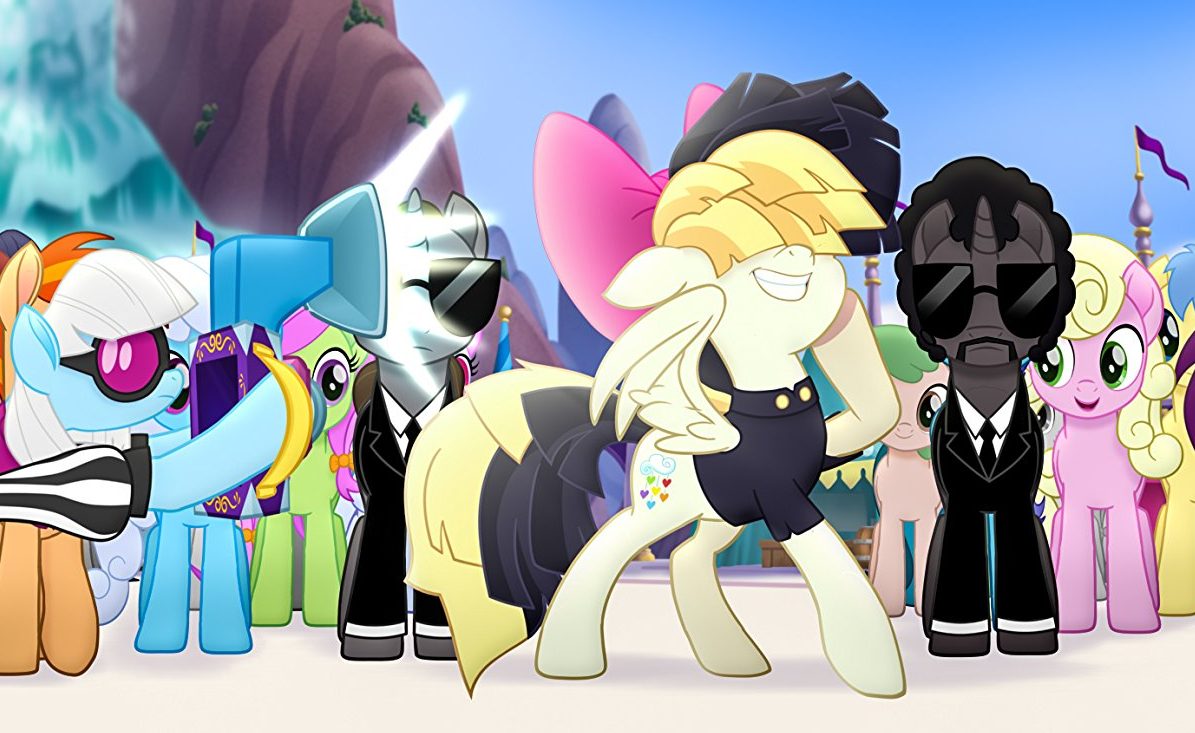 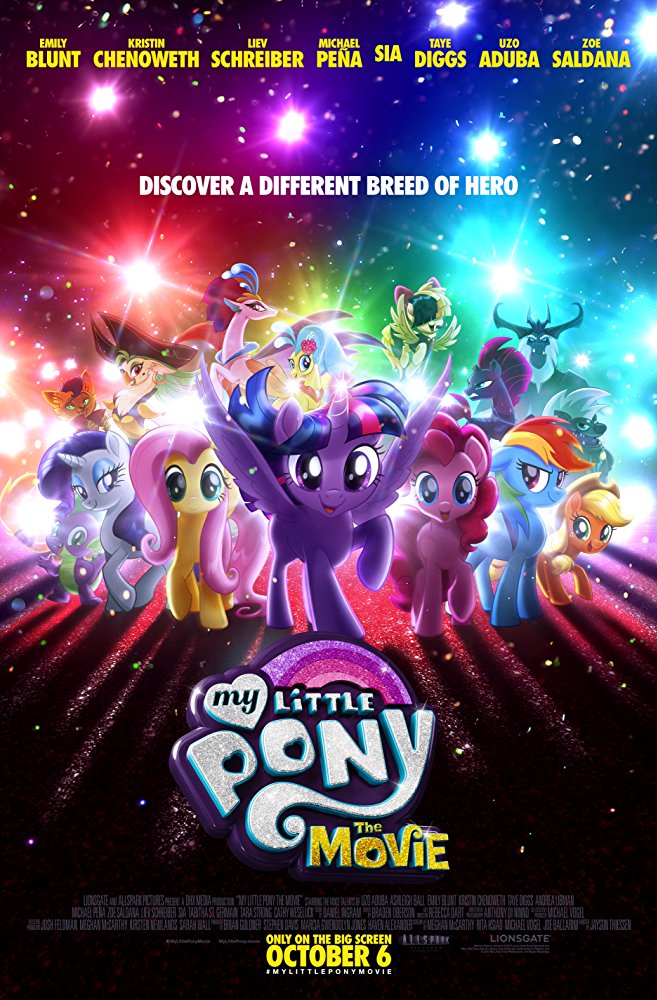 My Little Pony is a fad I don’t really understand, but of course, a thirty year old male such as myself is not the target audience for such a show (and in this case, film). In fact, the only affiliation I had with the property before viewing this film last weekend was receiving a Pinky Pie action-figure from my former boss when I was being impish and asked for a pony for Christmas that year. I learned my lesson.

For young children, it’s easy – a vibrant world with equally colorful characters, catchy tunes, and even admirable messages about friendship and being kind to one another. What’s not to love? The surprising thing about My Little Pony, however, is that there is a subculture of people around my age (and even older) who love and praise the show even more than the intended audience does and I just can’t wrap my head around it. But alas, this isn’t a research paper deep-diving into the “Bronie” subculture and trying to understand their affinity for this children’s show. No, this the long awaited review for My Little Pony: The Movie, so let’s just jump into it!

All is looking great in Ponyville as the ponies are setting up for a big celebration for the royalty of the Kingdom of Equestria. Ponies are singing and dancing as they set up the stage for the upcoming celebrity appearance of Songbird Serenade, whose bangs hide her face much like the performer who voices her, Sia. Fan favorite, Rainbow Dash, is zipping around through the sky, stealing beverages as fast as their poured (I only assume she’s a fan favorite because hers is the only pony name I’ve heard multiple times before). We’re introduced to the rest of the main ponies through a montage of setting up the festival along to the opening song “We Got This Together,” which will surely have the kids singing and dancing in their seats.

Lo and behold, however, trouble lurks nearby as dark skies barrel in as the Storm King (Liev Schrieber) sends down his army led by an evil pony with a broken horn named Tempest (Emily Blunt) to capture the four princesses of Equestria with the intention of using their magic to control the sun and moon. After three of the four princesses had been turned to stone, Princess Twilight-Sparkle narrowly escapes and foils his plan for the time being as he needs to encapsulate the magic of all four princesses for his plan to work! From here, Twilight-Sparkle and her crew (Applejack, Fluttershy, Rarity, Pinkie Pie, and a little dragon named Spike) set out to seek the help of the fabled hippogryphs to take back Equestria and free her people from certain doom.

I couldn’t help but spend the remainder of the movie picking apart obvious nods, or dare I say rip-offs, of already existing, successful properties.  After a long trek through the desert, they meet a charismatic cat named Capper (Taye Diggs) whose spotlight song, “I’m the Friend You Need,” was very reminiscent to the Genie’s “Friend Like Me” in Disney’s Aladdin. As they continue to trek forward looking for the fabled hippogryphs, they meet a crew of pilot-birds led by Captain Celaeno (Zoe Saldana) to assist them in their journey. Celaeno’s crew is comprised of a trio of birds which to me and my colleague were blatant rip-offs of The Lion King’s hyena trio, both in which included a cross-eyed and not-so-smart character. Not only this, but another all-too-familiar song, “Time to be Awesome,” is performed as the viewer is left thinking about “Everything Is Awesome” from The Lego Movie.

It’s not until they inevitably meet the hippogryphs Queen Novo (Orange is the New Black’s Uzo Aduba) and Princess Skystar (instantly recognizable Kristin Chenoweth) that a rift begins to form between the otherwise solid clique of ponies as Twilight-Sparkle is tempted in selfishly taking action into her own hands rather than convening with the group as they make acquaintances by singing along to Chenoweth’s “One Small Thing.” That rift was all that was needed though, as a lesson is learned and Twilight-Sparkle is reminded of the importance of friendship and trust and that together they are strongest. Joining them in their journey back home to take on the Storm King is all of the friends they’ve made along the way and we’re off to our third act and finale.

Music is very prominent in My Little Pony: The Movie and perhaps the best song is “Open Up Your Eyes” performed by Emily Blunt as the film explores Tempest’s character and her motives, but at the time that it’s showcased in the third act, I had already been checked out and waiting for the movie to end. The finale “Rainbow” is performed by Sia’s Songbird Serenade, and had children in my theater up and dancing even before the credits rolled.

Listen, as an adult – I found this film beyond boring. I understand it’s not for me, and I did not expect to be surprised by anything it had to offer. I found the pony modeled after Sia’s persona amusing and Blunt’s showcase song a standout amongst a bunch of other unmemorable tunes. The colors are vibrant and the message about friendship is clear. I think kids will be entertained for the hour and a half runtime but non-Brony adults will be dying to get out.

My Little Pony: The Movie gets a C-