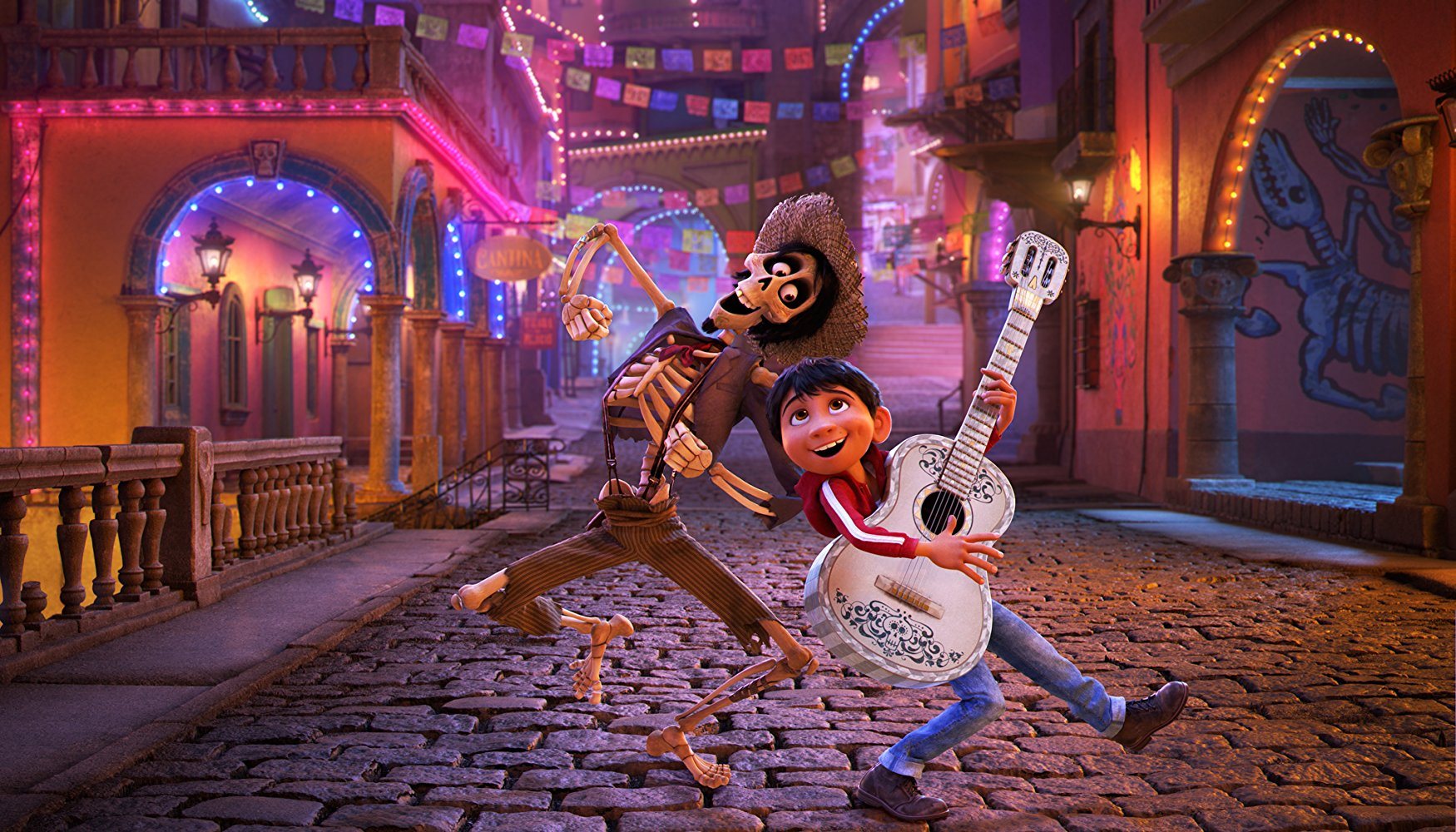 Since 1995, Pixar Animations studios has been the frontrunner when it comes to quality animated films. Whether it be toys, fish, or even the emotions of a young girl as she’s growing up – Pixar, without a doubt, knows how to give life to their characters and tell a wonderful story as they embark on an often incredible journey throughout their numerous films. It’s no different this year with their newest film, Coco, as we follow a young Mexican boy named Miguel (Anthony Gonzalez) on a delightful yet surprisingly emotional journey through the Land of the Dead as he seeks answers to his family’s history and an opportunity to seize his dreams of being a musician.

Miguel comes from a family of shoemakers, but it’s clear in the opening minutes of the film that he has no passion for the trade. His real passion is music – and more importantly making music, but for reasons unclear to him and the audience at this time, his family bars the mere mention of music in their household. It’s a strange feeling, imagining a world without music in some aspect or another, but for now he abides and keeps his guitar playing to himself in his secret hideout.

It’s not until Miguel is inspired by a videotape of his idol (and believed-to-be ancestor), the late renown musician Ernesto de la Cruz (Benjamin Bratt), that he decides to seize his moment and participate in a concert during Dia de los Muertos (Day of the Dead) at the town square. After losing his guitar, he visits de la Cruz’s mausoleum and attempts to borrow his, but doing so unlocked a world he was not prepared to enter – that world being the Land of the Dead, a vibrant, awe-inspiring utopia when unforgotten deceased live their spiritual afterlives lest they be entirely forgotten on the living side in which they would disappear forever.

Coco is not only entertaining and emotional as stated above, but it’s also quite educational in regards to bringing attention to the Mexican culture and their beliefs surrounding the afterlife and the importance of family and remembering loved ones. It’s no surprise that it has reportedly opened to be Mexico’s number one movie of all time already, as I believe the writers/directors Lee Unkrich and Adrian Molina clearly hit the mark on painting it in a positive and inspiring light. I really hope the young audience latches onto the innocence of Miguel and sees him as a positive influence on their lives. It makes me smile thinking back on my trip to Walt Disney World just over a week ago and remembering seeing a number of people dressed as him already – and this was nearly a month before the film’s American release.

As far as the animation and cinematography goes, Pixar once again continues to amaze with this film. Say what you will about the 2015’s The Good Dinosaur, but where that film lacked in a memorable or exciting story, it excelled marvelously in the photorealism of it’s animation. Coco, however, excels in both aspects. There are times in this film where the scenery and set pieces look so breathtakingly real, which in turn complements the story incredibly well and allows the viewer to feel like Miguel and his family are real people with real emotions. It’s astonishingly well-animated and will absolutely tug at the heartstrings in the final moments of the film.

You’ll definitely laugh. You may cry. But ultimately, you’ll leave happy having seen the best animated film of the year.

Coco gets an A 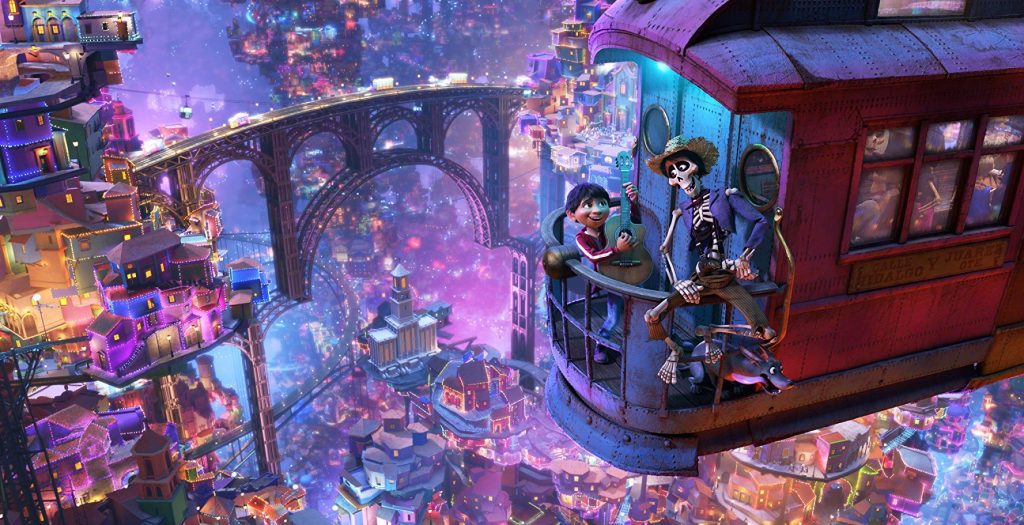