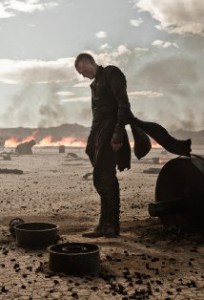 Summary: A warrior priest (Paul Bettany) disobeys Church law by teaming with a young sheriff (Cam Gigandet) and a beautiful priestess (Maggie Q). The three band together to track down a band of renegade vampires who have kidnapped the priest’s niece before they turn her into one of them.

To be completely honest, nothing about this film excites me.  Stuart Scott is credited for directing and writing the screenplay.  Know what other film he pulled double duty on?  Legion.  And that was absolute crap.  The vampires look too similar to the creatures in I Am Legend.  The CGI looks awful.  I really do like the actors involved.  Bettany is a great actor who, to me, has only had one slip up with Legion.  Gigandet is good but still looking for the role that is really going let him take off into better movies.  And Karl Urban has played some great supporting characters.  This just doesn’t look like a film that will help any of their careers. 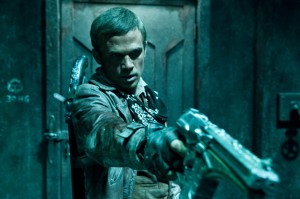 What do you think?  Am I being too hard on the film?  Let us know in the comments below.