It looks like David Cronenberg is gearing up a potential follow up to his critically acclaimed and awesome mob film.

No script or plot details are available yet, but Cronenberg and Viggo Mortensen both seem very keen on the idea according to the director.

This one is still over a year away if it pans out, but this one is crossing his fingers as Eastern Promises is one of the finest films of the last decade. 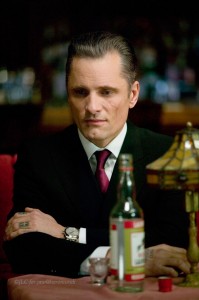