DVD Picks of the Week – “The Social Network”, “Pirahna” 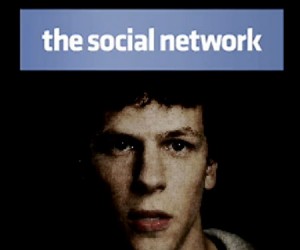 Synopsis: On a fall night in 2003, Harvard undergrad and computer programming genius Mark Zuckerberg sits down at his computer and heatedly begins working on a new idea. In a fury of blogging and programming, what begins in his dorm room soon becomes a global social network and a revolution in communication. A mere six years and 500 million friends later, Mark Zuckerberg is the youngest billionaire in history, but for this entrepreneur, success leads to both personal and legal complications.

My Take: The Social Network certainly deserves the accolades that it is receiving.  It is a great film.  The acting is superb.  The script is smart.  The score adds to the whole vibe of the film.  It was not my favorite film of the year, but I will not be upset to see it win Best Picture at the Oscars.  If you haven’t seen it, then go out and get it so you know what everyone is talking about. 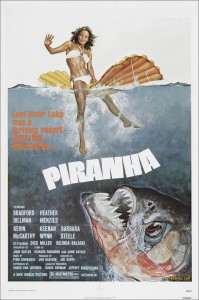 Synopsis: Every year the population of sleepy Lake Victoria explodes from 5,000 to 50,000 for Spring Break, a riot of sun and drunken fun. But this year, there’s something more to worry about than hangovers and complaints from local old timers; A new type of terror is about to be cut loose on Lake Victoria. After a sudden underwater tremor sets free scores of the prehistoric man-eating fish, an unlikely group of strangers must band together to stop themselves from becoming fish food for the area’s new razor-toothed residents.

My take: If you want some campy, horror fun then look no further because I have the perfect movie for you.  Beautiful women.  Lots of blood.  Genuine thrills.  But what sets this film apart from all the other “bad” horror films tha come out every year: it’s a ton of fun.  And there is an underwater naked lesbian ballet.  (I know the poster to the left is from the original Pirahna, but it’s cooler than all the new ones)