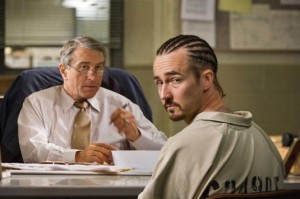 Synopsis:  A convicted arsonist looks to manipulate a correctional officer into a plan to secure his parole by placing his beautiful wife in the lawman’s path.

My take:  Stone is a below average movie with above average performances.  Overall, the film just didn’t work for me, but it is hard not to become mesmerized by the Edward Norton especially.  Read my original review of the film here. 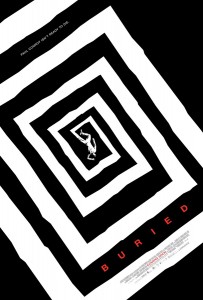 Synopsis:  Paul Conroy is not ready to die. But when he wakes up 6 feet underground with no idea of who put him there or why, life for the truck driver and family man instantly becomes a hellish struggle for survival. Buried with only a cell phone and a lighter, his contact with the outside world and ability to piece together clues that could help him discover his location are maddeningly limited. Poor reception, a rapidly draining battery, and a dwindling oxygen supply become his worst enemies in a tightly confined race against time – fighting panic, despair and delirium, Paul has only 90 minutes to be rescued before his worst nightmare comes true.

My take:  Buried is a film that you would assume would be terrible.  For me, the five minutes in Kill Bill Vol. 2 when Uma Thurman was buried weren’t that thrilling.  How could a full 90 minute film keep my attention?  It works.  Aside for one side story that is just kind of blah, the film keeps moving.  We really get to see what Reynolds is capable of. 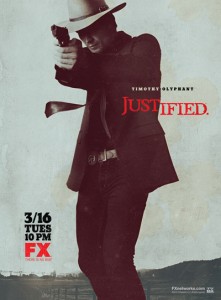 Synopsis:  Deputy U.S. Marshal Raylan Givens is a 19th century-style but modern-day officer, who enforces his brand of justice which puts a target on his back with criminals and puts him at odds with his bosses in the U.S. Marshals. As a result of his having eagerly shot a Miami fugitive in a “justified” shooting in his South Florida assignment, he gets reassigned to the district covering his rural Eastern Kentucky mining hometown of Harlan County.

My Take:  Justified is a great show.  Timothy Olyphant is one of the most underrated actors out there.  I hope that season 2 will pick up even more viewers, and that will put him in more high profile projects.  Check out this show if you haven’t.  You will not be disappointed.

What are you going out to the stores to buy this week?