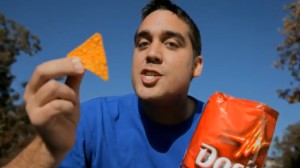 This year at the Super Bowl, there was a whole lot of money at stake. Not only bragging rights for the best team in the NFL — but of course the long-coveted rankings as top commercials during the big game.

Doritos has been a big winner for the last several years. In 2007, they started their “Crash the Super Bowl” program, which allows fans to make their own Super Bowl commercials and submit them for big cash prizes. Here are the stakes for this year:

On top of those huge earning opportunities, there is even a bonus. If Doritos took the top three spots during the Super Bowl commercial rankings, each of the top winners would win an additional $1 million dollars!

This year, one talented winner was able to take home a big prize. Joshua Svoboda took second place with the commercial “Underdog,” winning him the $600,000. Watch the spot below: