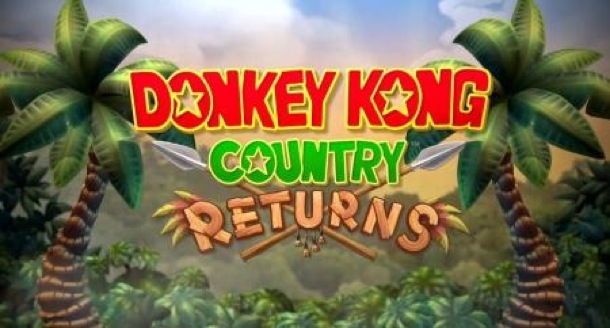 The phrase “everything that was old is new again” comes to mind when I think of the Wii console. And so it is with its massive catalog of old school games in all their 8, 16, and 32 bit glory. After the success of Super Mario Bros: Wii, the game designers at Retro Studios took another look at Donkey Kong Country. They merged the successful and innovative format of the original and tweaked it to relaunch the popular game on the Wii.

The game relies on its previous fans and snazzy new graphics. Unfortunately, that’s where the improvements end. Donkey Kong Country Returns hails much to its predecessor. The original Donkey Kong Country was released on the SNES (Super Nintendo System) back in 1994 and like the original game; there isn’t much of a story line to follow. You move from level to level attempting to retrieve Donkey’s stolen horde of bananas. I want to take time to say that a solid story is not necessarily important for the game to be good. However, I feel if you take the time to create a story, then you need to maintain that story throughout the game. This is one of the fails for Retro Studio; you get the cut scene at the beginning and at the end of the game. But there are minimal cut scenes or story line throughout the game often making the levels blur together despite their different themes. It can be confusing.

Experienced gamers may spend a lot of time reminiscing as much of the 2-D format is a copy of the original and as a result find themselves missing important elements. Like the previous version you still get to collect K-O-N-G and banana coins to spend on perks. But those perks can sometimes be difficult to find. Don’t fret if you feel you’ll never find them though, Retro has added some “options” to help you find them.
This game offers you two options when it comes to controllers. You can either use the Wiimote and nun-chuck or you can use the Wiimote turned sideways by itself. I feel that the exclusion of the classic controller may be a problem for hardcore gamers like me as we expect more options with this reboot of the franchise.

This brings up a major concern of mine. Is Nintendo turning the Wii into a reboot system? With Mario and Donkey Kong, it makes me concerned. Has Nintendo fallen of the wagon? Oh and when will Nintendo have a worthy headlining title?

Sorry for my rant. I give DKC Returns 3 out of 5 stars for its improved graphics and lackluster story.