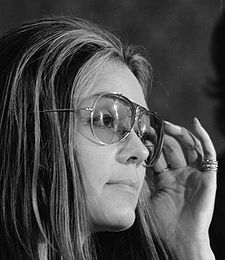 Monday marked the release of the HBO documentary Gloria: In Her Own Words. Produced and directed by Peter Kunhardt, Gloria chronicles the life and influence of feminist icon Gloria Steinem. While Kunhardt’s sixty-minute documentary doesn’t offer much new information or insight, it provides a necessary reminder of just how far we have come in a little over forty years.

Aside from the fascinating archival footage of Steinem’s activist days, the most effective parts of this documentary involve her childhood and personal life. As someone who portrayed an air of confidence and coolness, it is humanizing to see the effects of Steinem’s mentally ill mother and abortion on her formative years. Gloria: In Her Own Words doesn’t focus too much on any one particular aspect and allows Steinem’s reflections to take center stage.

Over the years, feminism has grown to mean a myriad of things. It’s refreshing to see pioneers like Steinem, Bella Abzug and Flo Kennedy share their experiences during the women’s movement and how that movement has evolved to what it is today.

If you watch only one HBO documentary about Gloria Steinem this summer, make it this one.

Gloria: In Her Own Words is available now on HBO and HBOGO.