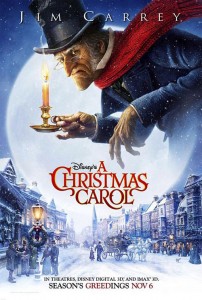 The tale of Scrooge doesn’t really need to be rehashed, we all know the stubborn hater of Christmas is visited by three ghosts of past, present, and future visit him over the course of a single night and forever change his views on the holiday. The question is how Zemeckis’ version is any different or better than the tales already out there. So is it different? Not really, it rarely strays from the classic tale and the most different thing about it is the filmmaking style it is told in. Better? Not sure about that either, but it is definitely not a weak entry into the telling of this tale.

So why should you want to see this version of a Christmas Carol? Well first off, you are unlikely to find a more beautiful and awe inspiring version of the tale. Zemeckis’ has pretty much decided to film every movie he does in this process until something comes along to jolt him from this phase but with each film he is improving on the craft. Overall this film’s is more to look at than The Polar Express or Beowulf, though I think a few of the big scenes in Beowulf out shine anything in this film, and the beauty of the film is a sight to be seen on its own. Zemeckis’ re-telling of Scrooge’s night is also really well done and if you are looking for a fresh interpretation on the material this is bound to entertain.

In fact, I was really caught off guard by how dark and scary this film gets over the course of the run time. I know it is a dark tale, but Zemeckis really gets to flex his filmmaking muscles as he concocts some creepy scenes and moments through out the picture. Overall the tone of the film is very dark from nearly start to the uplifting finish with nary a laugh or light moment to be seen; which is very contrary to what the trailer is selling you.

Zemeckis doesn’t hit an absolute homerun here though as there are a couple of things to pick at along the way. The set pieces in the film quickly become tired and repetitive and come off as trying to show off rather using the 3-D as a storytelling tool. How many times do we really need to fly through the buildings and over the roof tops again and again before it gets old in a hurry? Also, just about everything with the ghost of Christmas present doesn’t work. The gimmick of seeing through the floor and the annoyance of just about everything the ghost does is just irritating. The stuff inside the Cratchit house works for this scene but that is it. Luckily the other two ghosts who visit him along with Marley’s ghost are executed extremely well and make up for the misstep of the Christmas present stuff.

Zemeckis also assembles a fine little cast that dive into multiple roles with Jim Carrey at the lead as Scrooge and the three ghosts that visit him. Carrey is fantastic as the old and crotchety delivering one of the finest performances of the old man. He perfectly captures the man’s fear and horror of the situation as he crumbles through the knowledge he learns on his visits and is perfectly wicked in the events leading up to Marley’s visit. Gary Oldman also does a fine job as both Marley and Cratchit, and is rather terrifying as the sad Marley in what is probably the scariest scene in the film next to the final ghost’s scenes. A couple of other familiar faces pop in there, Robin Wright Penn, Colin Firth, Cary Elwes and Bob Hoskins all do fine work and help support Carrey who takes the film on his shoulders as he appears in almost every scene.

In the end, A Christmas Carol is an all around solid effort and a fine entry into the holiday film catalog. With gorgeous visual and fantastic work by the animators the film is probably the prettiest version of this Christmas tale you will ever see and one that will become the household favorite version of this tale. Zemeckis continues to drive the motion capture format forward and this along with Avatar may finally put the format over the top along with 3-D as well. If you are in the mood for the holidays already, then this will be sure to quench your thirst and will probably be the finest Christmas movie entry this year.

A Christmas Carol is a B 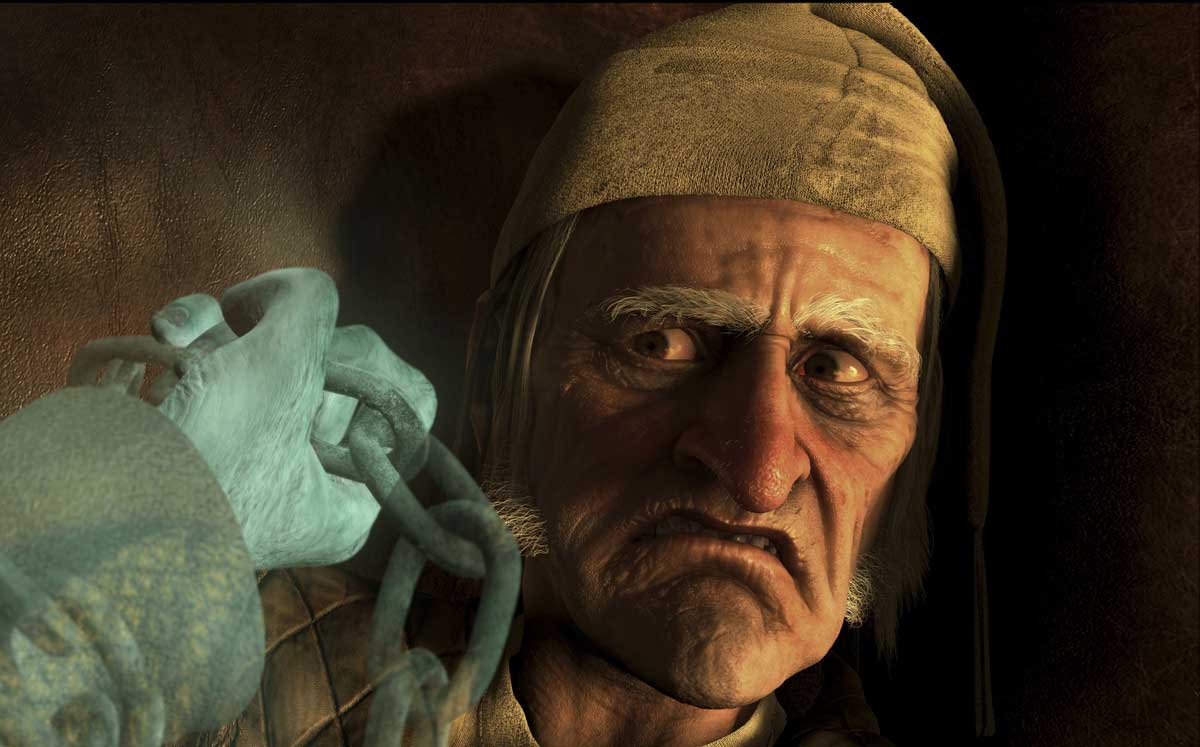