Despicable Me is a bland effort around an interesting idea that barely salvages itself from travesty with a pretty decent finale.

The film follows Gru, a villain of the world who hasn’t had a note worthy diabolical scheme in some time.  Added to this he has been recently upstaged by a young and upcoming villain, Vector, who has stolen one of the great pyramids and the two begin to battle it out over the next great heist using a top secret shrink ray that has just been produced.  The two go back and forth over the ownership of the shrink ray and in the plot to take the ray from Vector; Gru adopts and forces his new young daughters into the mix of his dastardly plans.

In all honesty I loathed the first 30 minutes or so of this film.  It did nothing for me, I don’t think the filmmakers did a good job of making the film appealing in any way shape or form and you can’t latch on to anything in the picture.  The minions are such an obvious grab for your humor it is just a little bit sad and while they show restraint when it comes to the minions they don’t pop like they hope for.  Added to this, Gru himself is just completely unappealing as a character and a human being.  A failure for the most part, mean spirited, and kind of sad in everything he does it is next to impossible to connect with him in the beginning.  And I understand he needs to have an arc and his heart has to change over the course of the film but there is literally nothing to enjoy or relate too for nearly two thirds of the film.  On top of this, the cute little orphan girls are just as sad as Gru and depressing beyond that and they don’t bring any warmth to the picture either until the final moments.  One other huge hurdle in the picture is the complete obnoxious and annoying being that is Vector that you just want him to shut up and die every moment along the way.

I get what the filmmakers were trying to do here and while they succeed in the end with getting us to care about these characters it is almost impossible to get through the film to get there.  Predictable, uninspired, and pandering to the younger audiences has been proven to be the wrong way to go about trying to make a great animated film and sadly Despicable Me hits all of these checkmarks.  The idea behind doing a film from a villain’s prospective is a potential gold mine for creativity and untouched territory but this film never gets there.

The film does get some points in the end for a sweet scene and some rousing action moments and one can only ask where this creativity and heart was the rest of the film.  Sure the characters had to come into their own but you could have still made them interesting and appealing for the audience before the end.

In the end, Despicable Me is an almost failure that barely saves itself from atrocity in the end.  A decent idea that was just poorly executed and while the filmmakers rely on crutch bits and gags to try and engage the audience they fail to ever inspire.  It is shocking that some studio’s approaches are as off as they can be some times when it has been proved time and time again that this formula means failure for a film.  I guess we will have to endure until families stop peddling out money for such mediocre material just because it is animated.

Despicable Me is a F 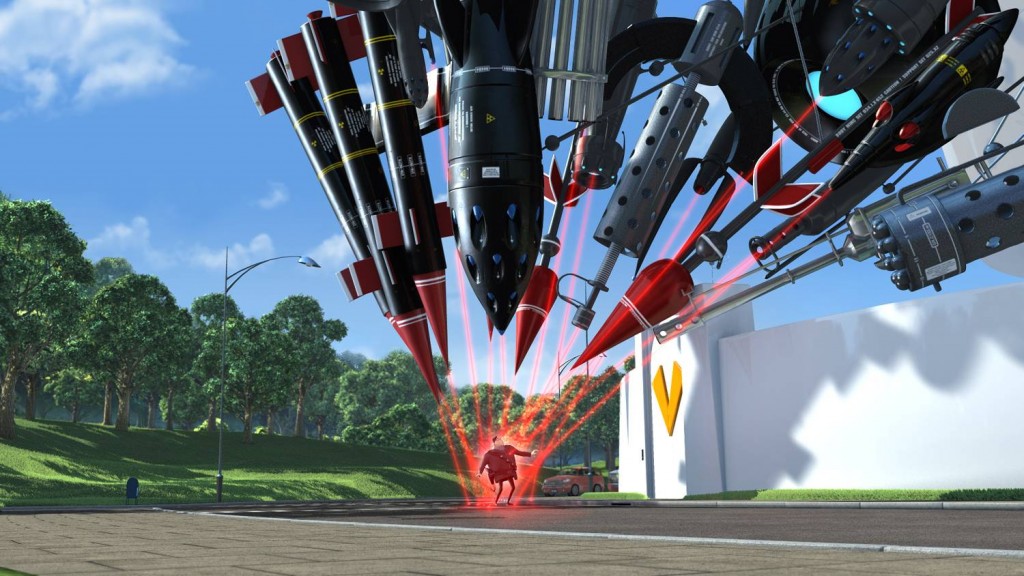