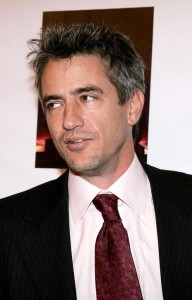 NBC’s update of the popular James Garner detective show of the 70s, The Rockford Files, seems to be moving right along. House MD creator David Shore is helming the show, and now it seems like they have a solid male lead in casting talks.

Dermot Mulroney is in talks for the lead role, his first series as a regular. The character is described as “slightly crumpled, wry humored, cynical, world weary, compassionate when it’s called for and easily irritated by morons.” Mulroney seems like a solid fit for the character. He has a certain sense of style that suits him to the character, and he seems like he’d pull of a wry humored character really well.

The Rockford Files was a bit ahead of its time when it aired, but these days the premise is a dime a dozen. In fact a lot of current or recent shows have a lot to owe to the format created by the original show. The show premise on the surface seems very familiar to shows like Life and Burn Notice. Will audiences flock to the remake or will they write it off as just another detective/cop procedural?