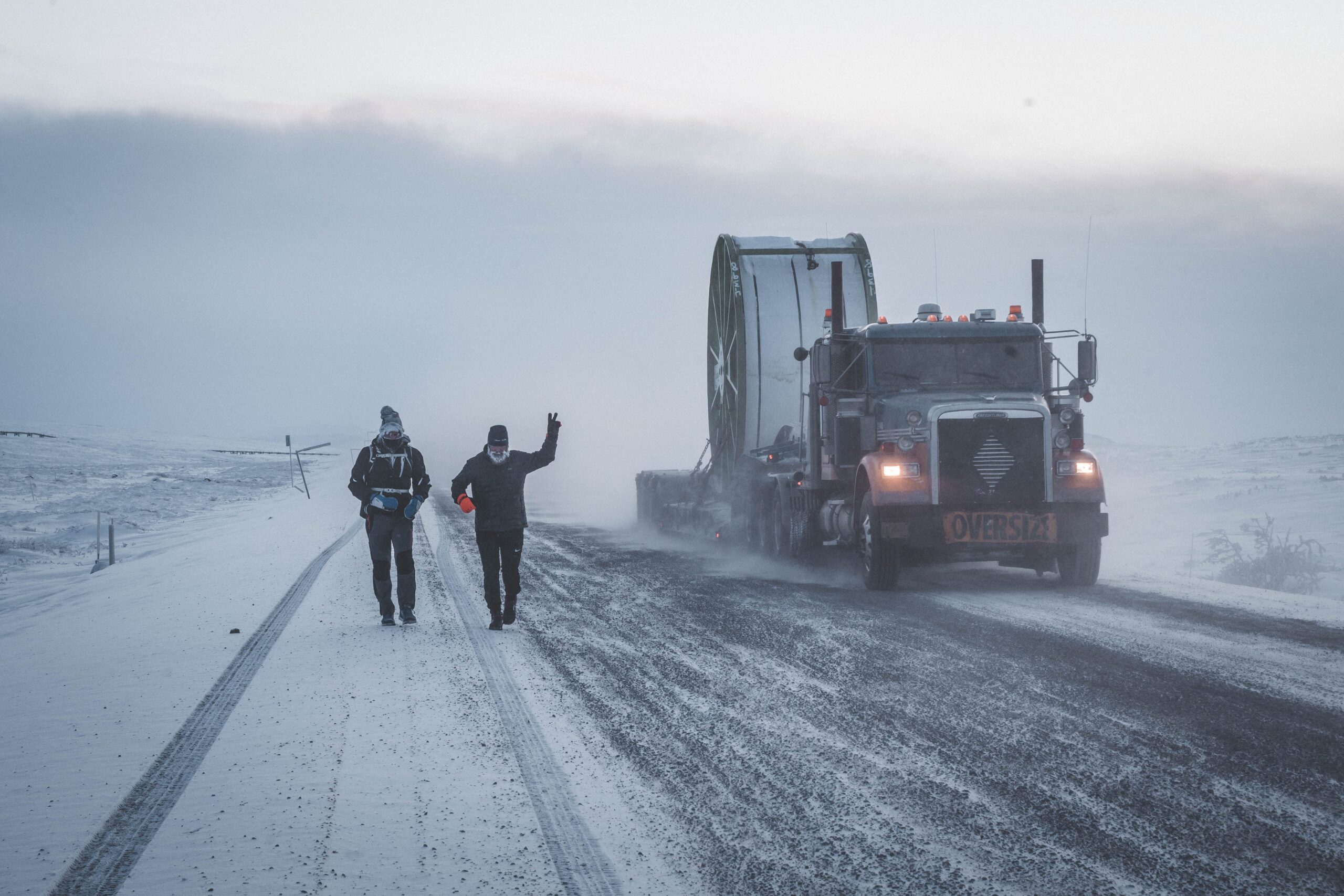 A winner of several fest awards, Delivering Hope is a feature documentary about people coming together for something bigger than themselves. Directed by Jordan Orsak, Delivering Hope profiles native St. Louisan Kevin Kline, (who at 13 was told by his father that his life would amount to nothing) touches on how his career as a radio host led to him to a chance encounter Chelsey Campbell, a fifteen-year-old girl whose battle with cancer deeply affected him.

In 2019, determined to raise money to fight pediatric cancer, Kline embarks on a quest to become the first person to run the northernmost 300 miles of Alaska’s dangerous Dalton Highway from the Arctic Circle to the Arctic Ocean during the winter.

Despite intense training and preparation, his mission, and is life, become jeopardized

when Kline’s body shuts down after 200 miles. Faced with a life-and-death decision, Kline and

his crew are forced to survive in the harshest of conditions.

The film is screening as part of the 31st Annual Whitaker St. Louis International Film Festival (SLIFF). Kline spoke with Review St. Louis about the film, his run, and his determination to fight pediatric cancer.

How did the documentary come about?

I thought that a documentary might be interesting based on the idea of why we were doing the run as well as the landscape of running from the Arctic Circle to the Arctic Ocean in the middle of winter. I thought the symbolism of where we were running and the correlation it made to fighting pediatric cancer was an important story to be told.

How did Jordan Orsak become involved in the project?

Although I have known Jordan since 2010, I am closer friends with Jordan’s dad, Roland. I had mentioned the run to him, and he said he thought that since Jordan was a filmmaker he might be interested. So, I emailed Jordan and he ignored it. But then six months later I saw him in Houston, and I asked him if he ever got my email. He said he saw it but didn’t pay any attention to it. However, once I told him about my upcoming run he was highly interested. As it turns out, the reason why he was not initially interested in it was because his best friend Marcel, who is our cinematographer, actually had a son who beat cancer when he was eight years old.

What made you decide to run the Dalton Highway?

Originally, we wanted to run the Dempster Highway in Canada. It is a longer route that ends in Inuvik, in the Northwest Territories at the Igloo Church named Our Lady of Victory. But we could not do that run because in November there are two rivers to cross and they are not guaranteed to be frozen over at that time. Then we looked at the Dalton and realized it was more difficult to run.

What kind of mental preparation did you do for the run?

Most of the mental preparation was done during training. We had an 8X8 foot freezer installed in our garage and I put my treadmill in there and dropped the temperature to -24 Fahrenheit and I could run in there for anywhere between three to six hours. When you are looking at the same copper pipe and silver wall for that long it tests your physical and mental abilities to concentrate on where you are. I was in there from three to five times a week just to see what type of clothing I could wear to be comfortable and not sweat.

Can you comment on how the film addresses the importance of building community?

That is what this entire movie is about. One person’s vision became a family affair, a community affair of supporters and believers. This movie really does show that we are stronger together then we are as individuals.

How has the movie helped your charity, The Sundrop Foundation?

What has happened with Delivering Hope has been fantastic. We entered 255 international film competitions and we’ve won 50 awards. We are extremely proud of the reach and awareness that it has caused.

Was there ever a time when you thought that the run was not worth it?

Yes. A lot of people think I love running. I despise running. But it is a gift bestowed upon me that I can run long distances and I can suffer a lot of discomfort. To do it for these kids who go through something that they never asked for, I owe it to them to use my talent and my gifts to help them tell their story.

What do you want people to take away from the film?

First and foremost, I want other people to know that kids are out there suffering through no fault of their own and that pediatric cancer is woefully underfunded. I also want people to know that one person can make a difference. Chelsey Campbell died when she was sixteen years old and she’s been dead longer than she was alive, but she is still continuing to change this world.

Delivering Hopes screens on at Wednesday, November 9th at 7:30 pm at the Winifred Moore Auditorium at Webster University (470 East Lockwood Avenue). Kline will be on hand for the screening for a Q&A. For more information visit https://www.cinemastlouis.org/sliff/festival-home.