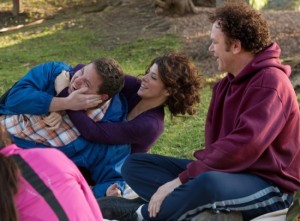 It looks like the new genre mumblecore is trying to make its mainstream surge this year. First you have the Ben Stiller mumblecore film, Greenberg directed by Noah Baumbach. Now the Duplass brothers who brought you Baghead, The Puffy Chair, and Intervention now have a new film with John C. Reilly, Jonah Hill, Marissa Tomei, and Catherine Keener. Pretty big names for a genre that started out with ultra low budget features.  The last big mumblecore film, Humpday, starred one of the Duplass brothers, Mark (who can also be seen in FX’s The League).  It will be interesting to see if this type of film will translate to major audiences or if it will receive the same type of gross with a much larger budget.

A recently divorced man, down on his luck, meets the woman of his dreams. Things are going great until he meets her son, who still has an unhealthy dependent relationship with her.