The last parts of the countdown will be reviews of all the currently released Harry Potter films. I will mention how it holds up compared to the books, if it held up as well or kept the tone. Most reviews view the films themselves, this will be a review based on the source material as well. 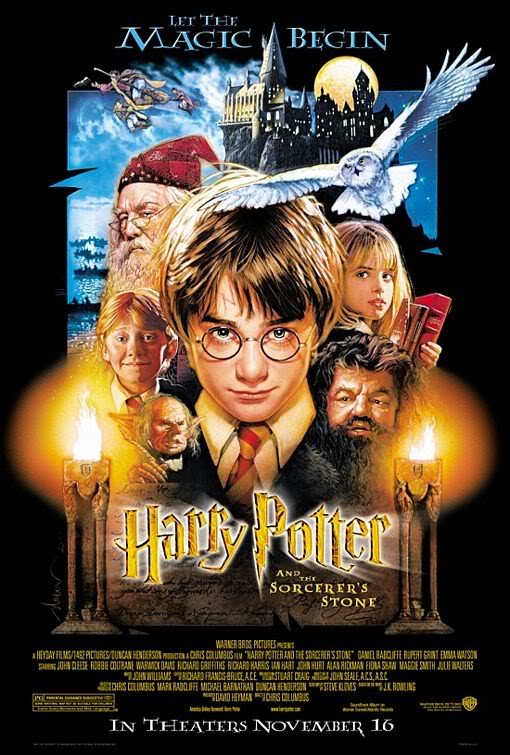 Harry Potter and the Sorcerer’s Stone is easily the adaptation that is truest to the original form of the book. Almost no scene is left behind and much of the dialogue is taken word for word from the books. Is it the best film of the series? Actually, it is probably one of my least favorites of the five films so far.

Sorcerer’s Stone chronicles the beginning of young Harry Potter’s hero’s journey. We learn he is no ordinary boy, but the boy who mysteriously brought down the darkest wizard of all time, Lord Voldermort. Harry, of course believes he is a normal boy whose parents have tragically died in a car accident. He is left with his mother’s sister and husband Vernon and Petunia Dursley as well as their son Dudley. They despise anything that isn’t normal and seem to have declared emotional warfare on young Harry. While getting the mail one day Harry receives his own letter which is quickly snatched up by his Uncle Vernon. As letters keep coming Uncle Vernon is forced to shut the family in on a small cabin on an island in the middle of nowhere. It is not until the letter is delivered to him by a giant named Hagrid that Harry learns of his true origins. He is a wizard. His parents did not die in a car crash, but from protecting him from the darkest wizard ever. Harry is set to go to a school that trains young wizard and witches like himself called Hogwarts.

The film does a great job at taking scenes from the book and reproducing them very faithfully. Most fans if they have read the book enough could probably recite many lines of the film during their first viewing. The problem it misses is the general feel of the story. Rowling’s prose is very upbeat and very clever. A lot of the humor in her story is made a little cheesy in this film instead of heartfelt. Locations feel alright, but a little flat. Hogwarts interior looks just how you would imagine it, but the grounds look flat and unassuming, not much at all what you would think. It lacks for a better term, the magic feel of the books. It’s like someone colored in the lines perfectly just used a bit of the wrong colors.  Looking back across the whole series all of this comes more evident as the films grow into their own look by Prisoner of Azkaban. 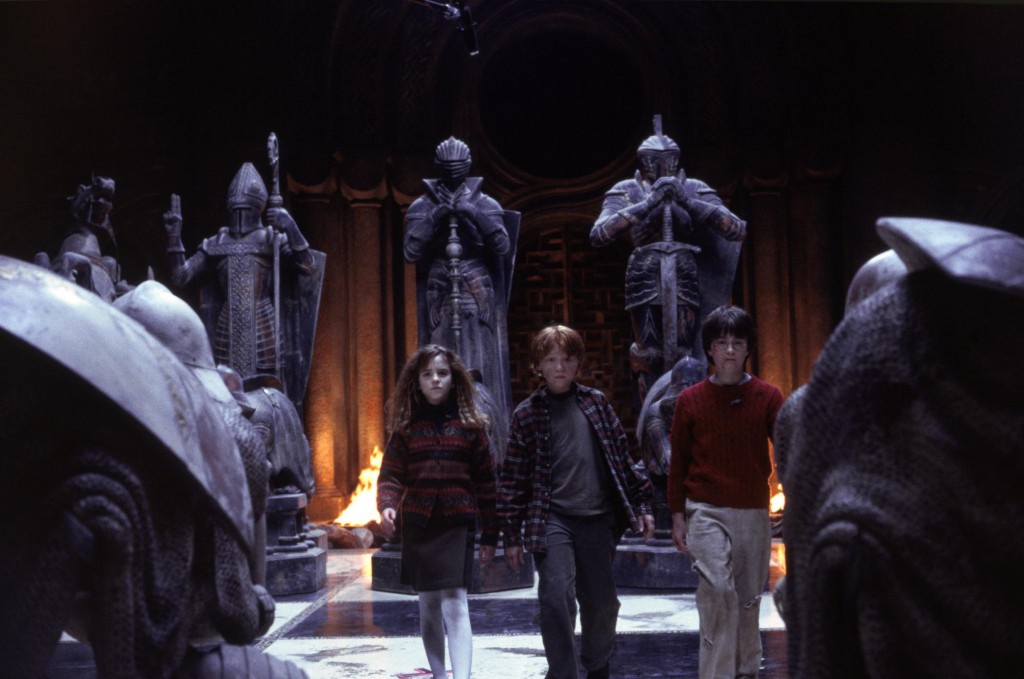 The thing that Chris Columbus and crew did perfectly in this one was casting. They started the ball rolling for one of the best cast adaptations of all times. If they didn’t have the feel of the locations they definitely knew the feel of the characters. There is not a single character in this film that is miscast. Richard Harris is perfect as the old and wise Dumbledore. He’s got a bit of that twinkle in his eye and the approachability the character has in the story. The quite power Harris portrayed him with showed signs of real promise down the road. Robbie Coltrane who apparently was J.K. Rowling’s choice for the role of Hagrid is perfect as well. His affability and slight naiveness makes him one of the characters you first find yourself really attached to. Alan Rickman’s all star performance of Professor Severus Snape is spot on. You can’t help but despise him. It is rare that a character who is not the main villain of the series is hated just as much as the prime antagonist.

The casting of the three main roles had to be the most difficult find of them all. While this is easily the weakest of the performances by Daniel Radcliffe, Rupert Grint, and Emma Watson they still all embody their characters so well that you can forgive them for a little bit of overacting. Daniel Radcliffe especially shines as Harry Potter, as such a young actor he gives a much broader performance than I would have believed of him. Of the trio he seems poised to go the farthest of any of them.

The overall feel of the film is a bit too bright, and just a bit too plain. Add in some really bad special effects, even for their day and you have the worst looking film of the Potter series. There is one scene that takes place on a errant broomstick that looks so awful it gets laughs for the wrong reasons. The final showdown scene isn’t horrible, but it is awkwardly paced.  We feel none of the fear that is supposed to course through us when we see the final villain revealed. Is it due to bad special effects? Actually this time no. It has more to do with a poorly done reveal and once again a bit to brightly lit of a scene.

The John Williams’s score throughout the whole film is brilliant. Hedwig’s Theme is yet another classic that will go down in film history. If there is one thing Williams knows how to do it is a broad sweeping theme that can be used as the building blocks for an entire score. After the third film Williams is no longer the composer, but his themes which were so good are reused throughout the series.

In short, Harry Potter and the Sorcerer’s Stone is a great start to the series. Chris Columbus got the series off to a fun start. While not technically a masterpiece, it laid a lot of the groundwork for a lot of the other films. Without this one we wouldn’t have the other great films in the series.

Harry Potter and the Sorcerer’s Stone gets a B. 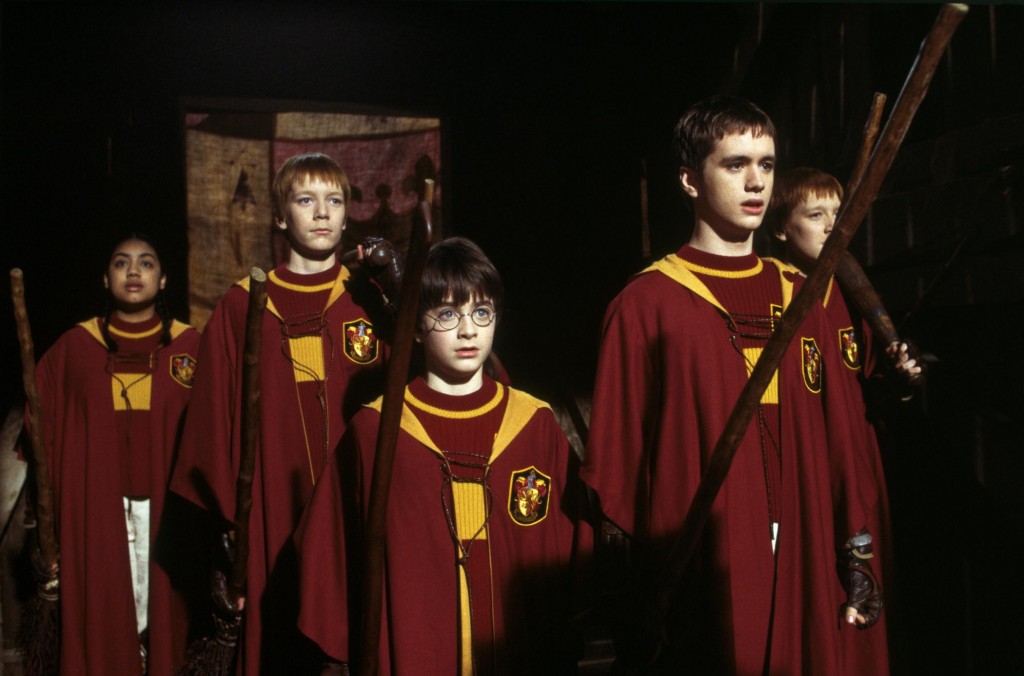