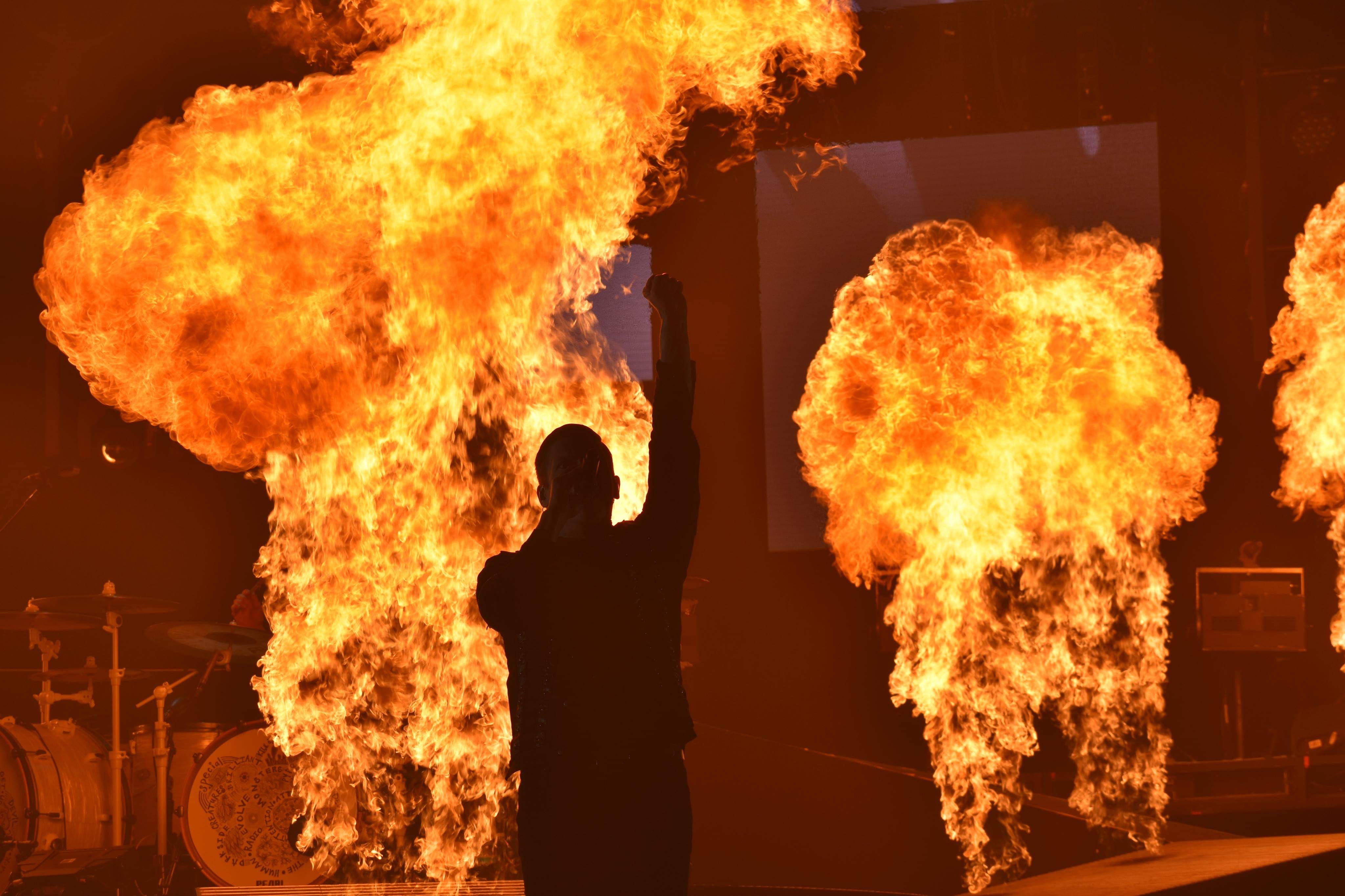 Chaifetz Arena housed the sold-out Attention Attention tour Sunday evening, coinciding with St. Patrick’s Day. Shinedown, the headliners, were joined on tour by Asking Alexandria and Papa Roach. Rock band from across the pond Asking Alexandria opened the show with a bang starting with hit “Into the Fire.” The English rockers then continued with an enthusiastic set, playing hits such as “The Death of Me,” “When the Lights Come On,” and finishing their set off with a great performance of “Alone in a Room.”

​Papa Roach then took the stage opening with crowd favorite “Last Resort.” I’m not sure who was singing louder, Jacoby Shaddix or the crowd in the arena. Using the stage well, front-man and lead vocalist Shaddix demonstrated an exuberant amount of energy. This will have been my seventh time seeing Papa Roach perform and they have yet to leave me unsatisfied as they always put on one hell of a show. Working the entire venue, Shaddix exited the stage and worked his way through the audience, going up and performing in various spots among the crowd creating the concept that no seat was a bad seat for this show. Having been performing for over two decades and being no stranger to the St. Louis crowd, it was no surprise that the audience dug the set from beginning to end, shouting the lyrics to favorited hits such as “Getting Away With Murder, “Scars,” an impressive cover of Blur’s “Song 2,” and finishing a stellar set with my personal favorite, “…To Be Loved.”

​Headlining band “Shinedown” then made an impressive entrance to the stage, accompanied by some fun lights, strobe effects, guitar riffs and pyrotechnics. Starting their set with their first single “Devil,” from their new album “Attention Attention,” the band immediately went into overdrive with “Diamond Eyes” (every time they play that song it reminds of “The Expendables.”) It would be a giant understatement to say that Shinedown founder Brent Smith is one of the greatest showmen in the rock community. His interaction with the audience is so enthusiastic and genuine, and really created the atmosphere for an incredibly enjoyable rock show.

​Half-way through the show, the band took the front stage for some mellow performances of songs, playing “Amaryllis,” “45,” and “Second Chance.” It was during this time the band took a few minutes to thank their audience for selling out the arena on a Sunday night, especially being a holiday, and let the fans know how much they appreciate their support. Before returning to the main stage to finish off an incredible concert, the band covered Lynyrd Skynyrd’s “Simple Man.” To end the night, Shinedown then went on to play “Cut the Cord,” “Sound of Madness,” and then ending the show with an explosive performance of “Brilliant.” Overall, all three bands were incredible and brought an energy to the stage that really enhanced their performances, proving to audiences how and why the show was sold out.