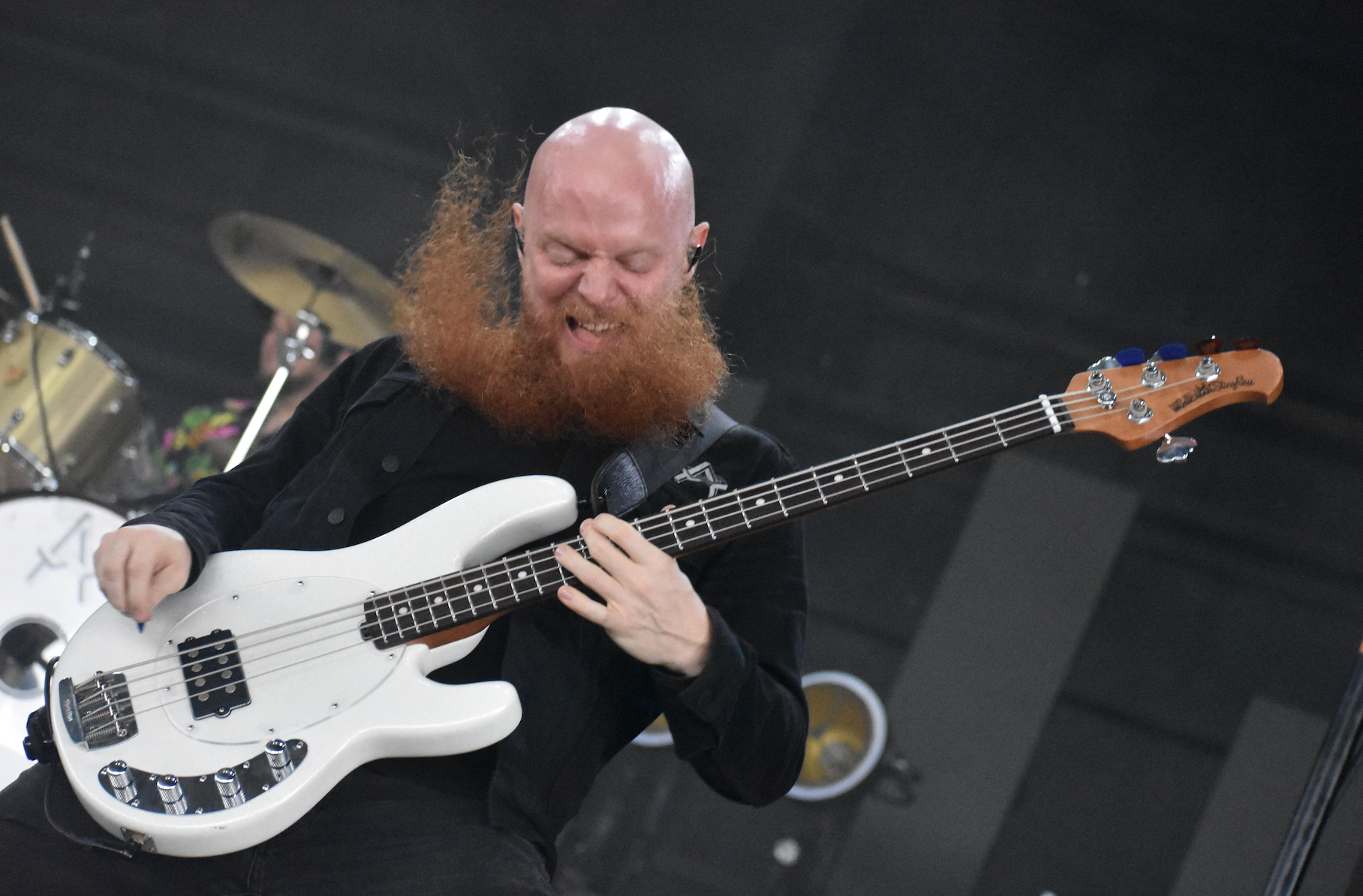 Monster Energy hosted the Disrupt Festival, an annual summer rock show in St. Louis this past Monday. There was rain, harsh winds, and the fact that the show was scheduled for a Monday, but it seemed all of these factors wouldn’t work as deterrents as eager fans were still lining up to gain entry to the festival, excited by the diversity of the lineup. While attendance was nowhere near capacity for the venue, the lack of bodies ended up benefiting those with lawn seats as Hollywood Casino Amphitheater was able to move everyone with a GA lawn ticket into the seats under the covered pavilion to shield them from the inclement weather. Further, the festival decided to open the main stage earlier than normal allowing all acts to perform there instead of the previously constructed side stages.

While the rain was a deterrent, there were many fans of the early 2000’s punk and screamo bands that were determined to stick the day out. It seemed a new set of faces were making their way to the front of the pit screaming the lyrics to their favorite punk-rock songs, especially with the first half of the show – which had a nostalgic lineup, consisting of The Story So Far, Sleeping with Sirens, Andy Black, Four Year Strong, Memphis Mayfire, Trophy Eyes, Meg and Dia, Juliet Simms, and Hyro the Hero. Fans were in for a treat because the majority of these bands had their own tents set up around the festival grounds, selling merchandise as well as doing meet-and-greets with fans, which I am sure is definitely the highlight of the day for many concert goers.

After the first part of the show settled down, fans got a short reset before the headliners took the stage. It seemed there was something for everyone to enjoy, with Atreyu kicking things off with the first headlining set of the night, amping up the crowd and really using the stage. Sum 41 then came out, reliving the early millennium with audience members as well as plugging their new album dropping this Friday (they promised they would be back in St. Louis to tour again this Fall!) After that, the crowd went nuts welcoming Circa Survive to the stage, who put on some incredible performances and proved why they have an enormous following in the Midwest. Closing out the show were performances by The Used and Thrice, still getting amazing responses from the audience despite being in the rain all day. It seems that these fans are serious when it comes to seeing these performances because after nine hours, there will still people filling the pit to rock out.

The festival, which seems to make an annual appearance, is a great place to drag old friends too, as they tend to focus heavily on that genre of rock that reigned early in the millennium that brings out the youthfulness in all of us. Keep an out to see if the Disrupt Festival is coming to a city near you or returning next year!

You can also check out some of the setlists below from the headlining artists as well as our photo spread from the event!