The Coen Brothers – Rate Your Favorite Films From Best to Worst 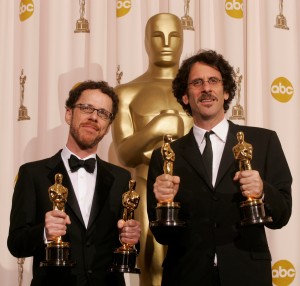 Joel and Ethan Coen, collectively known as “The Coen Brothers,” have made some incredible films. You would be hard pressed to find someone who hasn’t heard of them, or at least seen one of their movies. And it would be even harder to find someone that doesn’t love at least one of them.

Since creating their first feature film “Blood Simple” in 1984, Joel has won 4 Acedemy Awards – 3 of them for “No Country For Old Men” (including Best Picture) and 1 for “Fargo” (Best Writing). He has been nominated 82 additional times, winning 72 various awards. Ethan, most commonly credited for writing and producing, shares the 4 Academy Awards with his brother, has 69 other nominations and 53 wins.

Their latest film, “A Serious Man,” is nominated for 2 Academy Awards this year – including Best Picture and Best Original Screenplay. The film was just released on DVD and Blu-ray last week (if you haven’t seen it yet, make sure to buy it before the Oscars).

Below is the list of films that the Coen Brothers have brought us over the years. Take a look, and tell us in the comments below which are your favorites and why: