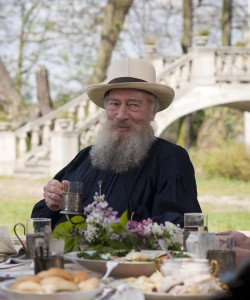 The Academy Awards are a curious event, an actor like Christopher Plummer, with an illustrious career can go almost his entire career without receiving a nomination. The 80 year old actor is receiving his first Oscar nomination for his role as Leo Tolstoy in The Last Station.  Plummer plays the famed author and philosopher in his last year of life, detailing his working relationships and his troubled marriage.

Do you think Christopher Plummer will win Best Supporting Actor? Let us know in the comments!