Christina Applegate is Engaged and Pregnant 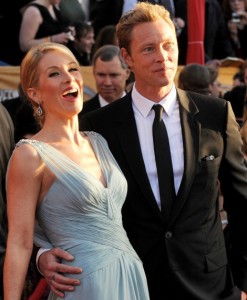 Christina Applegate sure had a rough few years. First, she divorced her husband, That Thing You Do actor Jonathan Schaech in 2007. Then, shortly after that she discovered she had breast cancer, and had a double mastectomy. (Something I shed tears over.) Then to top it all of she was on a critically praised sitcom, Samantha Who?, that never managed to find the right amount of viewers for network ABC and was canceled.

Well congrats to Christina Applegate! I’ve never heard a bad word about her, and it is good to see things are going in the right direction for her.