As most of you already know, DJ AM was found dead today in his apartment in New York City. He was only 36-years-old.

Twitter has become a new fad for celebrities to chat and reach out to fans, but apparently it has also become a way to mourn for their fallen comrades.

Travis Barker’s ex-wife, Shanna Moakler, took to her Twitter page: “My deepest condolences for DJ AM, you were a great artist and will be severely missed. My thoughts and Prayers to his family and friends.” Katy Perry, who performed with AM and Barker at the VMAs last year when the duo acted as the night’s house band, tweeted, “Rest in peace friend.”

“I can’t believe this,” Lindsay Lohan wrote on her Twitter page. “I’m in shock. why? why? r.i.p. adam.” Perez Hilton recalled talking to DJ AM about his planned substance-abuse intervention show on MTV, “Gone Too Far,” noting that he was “so excited” for it. “I’m tempted to feel angry at the world/God right now, but I can’t. I won’t. I choose to believe Adam is free of his demons now and at peace.”

Other stars, like Heidi Montag, kept their tweets simple: “My thoughts and prayers are with DJ AM’s family and friends.” John Mayer wrote, “In complete shock. I really want to use words right now but I can’t get em. F***.”

Emmy Rossum wrote, “RIP AM … You were loved and respected and will be missed.” “American Idol” host Ryan Seacrest had kind words about AM. “So sad to hear about Adam,” he wrote. “A very kind and generous guy.”

Solange Knowles wrote, “DJ AM Thoughts and Strength goes out to friends and family…. Such a hard year.” “Wizards of Waverly Place” star David Henrie recalled a recent encounter with the DJ in his post on Twitter. “DJ AM!!? No f***king way. I was shaking his hand like two weeks ago praising him.”

Ashton Kutcher tweeted, “Love to my boy AM.” Fall Out Boy’s Pete Wentz wrote, “R.I.P… I’m sorry to loved ones. So unexpected. Tell the people around u that u love them. Randomly.”

“I don’t even kno wut to say right now,” Kid Cudi wrote on Twitter. “A true talent and supporter of mine since day 1. RIP to the big homie forever, DJ AM.” Producer Jermaine Dupri wrote, “RIP MY MAN DJ AM I CANT BELIEVE THIS.”

In DJ AM’s last Twitter post written Tuesday, he recalled a line from a Grandmaster Flash song: “New York, New York. Big city of dreams, but everything in New York ain’t always what it seems.” 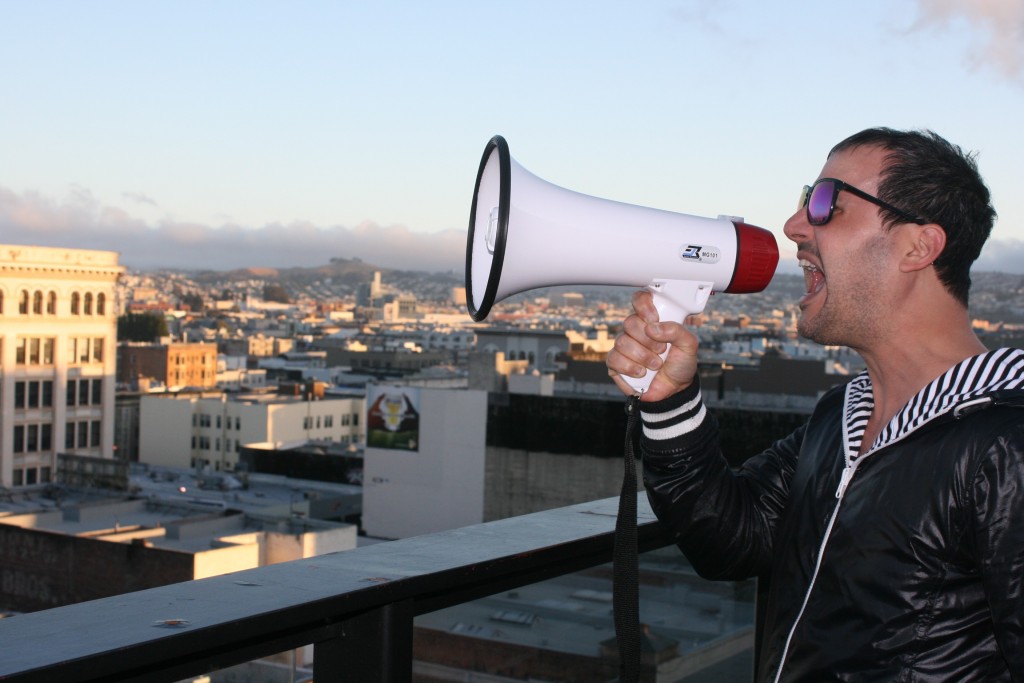