How to See 12.5 Hours of Baseball in Two Games

Thus far, I’ve been to two Cardinals games this spring/summer.

Thus far, I’ve been at Busch Stadium a grand total of twelve and a half hours.

Thus far, I’ve been to two of the Cardinals’ three home losses.

The first game was of course the 20 inning marathon. Still had a great time due to the circumstances.

Went to my second game Friday in the hopes of ganking a Sluggie to either give away or sell on eBay, but due to unfortunate circumstances (you try going to a game with three girls and see if you get there on time!), we got there late and were unable to procure our Sluggies. 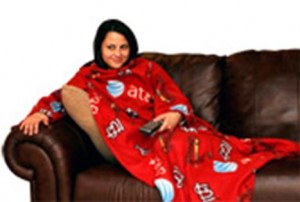 Alas, we were not meant to be. The Sluggie, not the woman. She's too blurry for my tastes.

And then came the rain. My Alpha Xi Delta companions were generous enough to stick it out, knowing what a Cardinals fan I am. Erin, Beth, Katie, I’m indebted to you. Granted, a couple of them looked about dunzo by the end, but I think we had a good time. Upgraded to the lower deck after the rain delay and sat next to some good-humored gentlemen, which made the game that much more entertaining.

So, yeah. Twelve and a half hours at Busch thus far. I’m going again May 11. I guess I can’t say I’m not getting my money’s worth.

Anyways. The Cardinals managed to take the final two games of the series and now have won every series but one thus far this season, putting them once again on pace to win 108 games. Some key points:

Freese absolutely raked the last five games of the homestand. 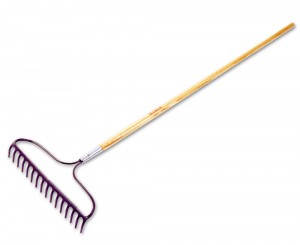 Starting on Wednesday, Freese went 11 for 18 and hit three home runs and 10 RBI, including six in one game against the Braves. His average now sits at .355, ahead of even Pujols.

Five RBI in the last two games. .340 average and 24 RBI, two off the league lead. Albert looks like he’s gearing up for a run at a third consecutive MVP nicely. He’s still striking out at a much higher rate than usual, but hell, I’ll take a high average and OBP for a few more K’s.

As a whole, the Cardinals offense is starting to show signs of life. Brendan and Skip have brought their averages up a little bit, and the team average has risen from the low .240’s to .260.

I know I’m pretty hard on Kyle Lohse, but he was pretty stellar on Saturday, giving up just one run in seven innings and dropping his ERA by more than a full run.

Carpenter threw a gem on Sunday, giving up just two hits in seven innings. His ERA dropped to below 3, and he’s now 4-0 and his fastball seemed much sharper yesterday.

Even Brad Penny looked good until the sixth inning on Friday night. It’s pretty tough to pitch in rain obviously, but he still gave the Cardinals a quality start.

The two best teams in the National League face off for four starting tonight in Philadelphia. Jaime Garcia takes on Joe Blanton, who will be making his first start of the season.

It’ll be interesting to see when La Russa starts skipping Garcia’s starts, as he will definitely be on an inning limit this season, most likely 130-140 innings.

After Philly, the Cardinals travel to Pittsburgh to take on the AAA Pirates.