Sheldon Lettich who is a friend of Jean Claude Van Damme recently talked about JCVD’s involvement in The Expendables sequel along with Steven Seagal’s.  “JC seems to be leaning towards appearing in the sequel, as far as I know. If Steven Seagal is not in the sequel, from what I’ve heard it won’t be because of Sly but because of producer Avi Lerner, who had a few bad experiences with Steven.” 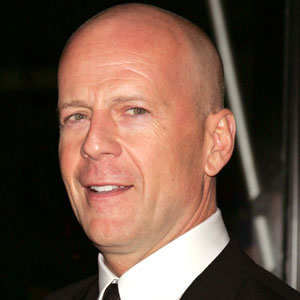 You knew before the first one came out that Stallone was thinking about a sequel for The Expendables.  Mainly because he has nothing better to do.  The main questions were how soon would audiences have to wait, and what type of cast of former and current action heroes will he stir up.  Well plenty of people have their dream casts about who they want, but Bruce Willis is here to tell you what he knows.

“Apparrently it is going to happen this year.  As far as I know, barring any unforeseen circumstances, but yeah, I would love to be a part of it.”

Make him the villain Stallone.  You know you want to.  I wasn’t crazy about the first film, but the action sequences were pretty cool.  Stallone just needs to focus on that and not worry about giving us background stories like the love story of Jason Statham and Charisma Carpenter.

On a completely unrelated note, Ricky Gervais’ introduction for Bruce Willis at the Golden Globes was hilarious but a little below the belt.  Willis thought so too, and apparently had a few words with the man backstage.  What I would give to hear that audio clip?

Who do you want to be the villain in The Expendables sequel?  Let us know in the comments below.