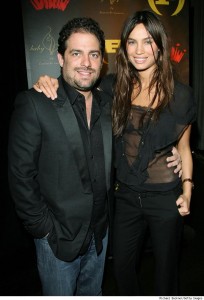 With the success of Alice in Wonderland, Hollywood is gearing up for a full scale assault on fairy tales. Recently re-imaginings of both Cinderella and the Wizard of Oz have been started, and are starting to draw some big name directing and writing talent. Now Relativity Media plans to get in on the growing trend, and will be working with Brett Ratner on an updated version of the famous fairytale, Snow White.

Writing this re-imagining will be Meet Bill writer and director Melisa Wallack. The film will be produced by Bernie Goldman, Ryan Kavanaugh, and Brett Ratner.

“This is not your grandfather’s Snow White,” Ratner told Deadline. “Melisa went back to the 500 year old folk tale and put in some of the things that were missing from Walt Disney’s film. His dwarves were miners, and here they are robbers. There is also a dragon that was in the original folk tale. Walt made one of the great movies of all time, but ours is edgy and there is more comedy. The original, made for its time, was soft compared to what we’re going to do.”

“This is a project we’ve aggressively pursued and believe in. We love Melisa Wallack’s script and her fresh take on the classic story we all grew up on. This film will bring together fans of the original fair tale and draw new audiences who enjoy adventure films,” said producer Kavanaugh.

What do you think about all these fairytales coming to the big screen? Was Alice in Wonderland a fluke or a growing trend? Let us know in the comments.