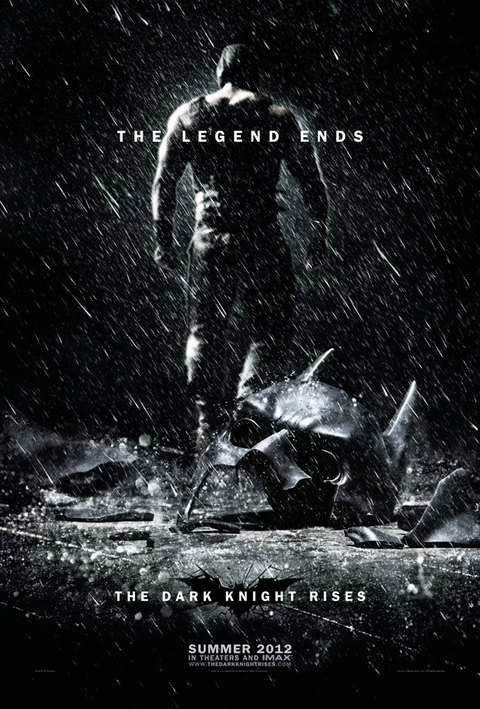 Yes, I am an absolutely huge Batman fanboy.  Yes, I believe that Christopher Nolan has not made a bad movie yet.  Yes, I probably will defend The Dark Knight Rises even when/if many say that it was disappointing and was not even close to the other two.  Not that we got my biases out of the way we can talk about how awesome this poster is.

Why is this poster so great, in my opinion?  It features Bane.  It’s main focus is on a broken Batman mask.  The tagline is perfect to get everyone talking about how exactly Nolan is going to conclude his epic trilogy.  There are so many things to discuss.  Will he actually kill Batman?  How is the Dark Knight going to “rise” if he is also going to end?  Is Joseph Gordon Levitt’s character going to take up the mantle of Batman?  How is Catwoman going to play into all this?

I do not think that Nolan would kill off Bruce Wayne.  I think the story may end with Bruce hanging up the cape and cowl.  But to actually kill the character would be a huge pill for fans and the general movie going audience to swallow.  I certainly do believe that JGL’s John Blake has a much bigger part than just a Gotham cop.  But no details have emerged on that topic.  No, we haven’t seen a lot of Catwoman, but we didn’t get to see Two-Face at all before The Dark Knight was released, only Harvey Dent.

It has been a busy couple of days for Batman fans.  The viral campaign that was such a huge success for The Dark Knight seems to be returning for this film.  Operation Early Bird was an online countdown that revealed exclusive cities that would show the much anticipated prologue of the film three days before it would be shown with Mission: Impossible — Ghost Protocol.

Speaking of the prologue, it was shown to about 100 journalists two nights ago in LA.  If you want to know all the details of the footage continue past the below photo of Bane.  If you wish to avoid spoilers scroll past the Catwoman image. 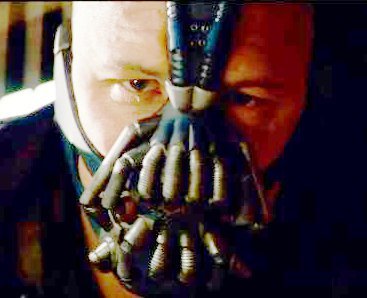 The following is from perezhilton.com:

A jeep rides along the landscape. Hooded men in the back of a jeep are driven to a small plane… the jeep is met by an armed CIA agent who takes into custody a political VIP, who is traveling with these hooded men… or is he?

The CIA Douche learns that one of the hooded men is BANE?!
The hooded men, along with the political VIP are loaded onto the plane.
The plane takes to the air as the CIA douchebag interrogates those taken on board. One of the hooded men is dangled outside the plane and questioned/threatened and when the CIA agent doesn’t get what he wants, he fires his weapon (next to the hooded man’s ear, he is not killed) and then begins to question the other hooded man.

That hooded man is unmasked and revealed to be… Bane!
CIA DOUCHE: Was it your plan all along to be captured?
Suddenly, a much larger plane overtakes the smaller plane occupied by CIA Douche, Bane and hostages. Operatives from the larger plane descend onto the smaller one–
Bane in all his Ventilator glory is revealed….

CIA DOUCHE: If I take this off, will you die?

BANE: No. But I will be in a lot of pain.
BAM!
Operatives from the larger plane fire upon the interior of the plane interrupting the interrogation.
The larger plane has ahold of the smaller one as it pulls it by wires throwing all the passengers downward in a disorienting fashion.
After quickly overtaking the plane, Bane’s operatives bring in a man with inside a body bag. This man is dead or looks barely alive. Bane then takes the VIP political prisoner and inserts a tube and transfers blood from the body bag man. (It’s confusing as to why this is important.)

AND THEN… in a scene that no words will be able to do justice, a hole is cut from the smaller plane and a wire takes Bane and the VIP politico through the rear of the plane as the smaller plane is ripped apart and is destroyed while members of Bane’s team sacrifice their lives going down with the small plane. (Again, it should be stressed, this description pales to what you will actually see, it’s a true spectacle.)

The chant can be heard at the end… Deh-Shay! Bah-Sah-Ra!

The scene is followed by a montage that includes many images we’ve seen, the most striking includes the Bat-copter chasing down fatigued Batmobiles down the streets of Gotham, and a final shocking image of Bane tossing away a shattered and torn Batman mask into rubble… The only complaint about the 7 minute prologue was echoed by all in attendace: Bane’s dialog is very difficult to understand. Imagine Darth Vader with a very thick accent. Hopefully this will be fixed in the final film. Overall this opening scene is confusing, epic, and will leave audiences speechless. All in a good way.” 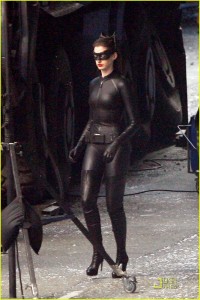 There are certainly still some elements to the film that I am worried about.  How exactly does he plan on concluding the story?  Is he possibly biting off more than he can chew with such a large cast and multiple villains?  I trust in Nolan so I have no doubt the film will be amazing.  We will possibly get a better idea of the story and certainly see more footage when the first theatrical trailer is released in the next couple of weeks.