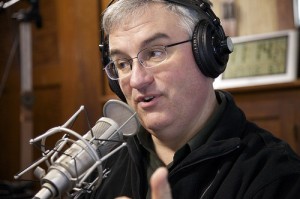 This has to be one of the most incredible computer troubleshooting calls I have ever seen. I literally cannot believe the mentallity of this lady that is calling. On second thought… maybe it isn’t so crazy, considering some of the questions people ask…

A lady calls into Leo Laporte’s show, “Tech Guy,” claiming that her WI-FI access to “Linksys” has disappeared. Leo thinks that it might be a silly question, but he asks anyway as to whether or not she has an internet connection and access point in her house. And the caller amazingly says “no,” and that she is a Wi-Fi thief! It is absolutely hilarious! Leo basically calls her cheap, and says she needs to stop stealing internet!

What are some of the funniest computer questions that you have heard? Post them in the comments below!