Batman’s Tumbler and Bat-Pod Head to St. Louis to Promote ‘The Dark Knight Rises’ on May 23 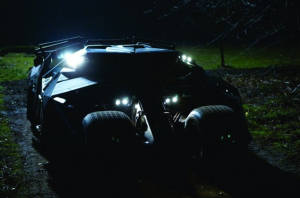 The Tumbler from 'Batman Begins'

The Tumbler and the Bat-Pod from Christoper Nolan’s ‘Dark Knight’ trilogy are touring the country, courtesy of Mountain Dew®. and IMAX®. It has just been confirmed that they are making a stop in St. Louis next week!

The location has yet to be announced, but we do know that Batman’s rides will be in town on Wednesday, May 23. We will keep you posted as soon as we have the details. Batman’s Tumbler first appeared in Batman Begins, replacing the traditional Batmobile from prior films. The Bat-Pod was first introduced in The Dark Knight. Both vehicles will make an appearance in the highly anticipated finale, The Dark Knight Rises.

We should know more details in the next couple days on the times and locations. Check back each morning for more info.

About The Dark Knight Rises: 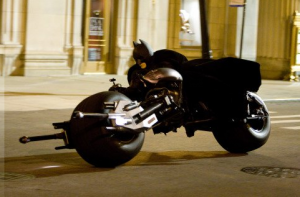