Posted: January 4, 2010 at 1:38 pm   /   by Blake Fehl   /   comments (2)
tags: alvin and the chipmunks, avatar, Its Complicated, james cameron, lord of the rings, new moon, Nine, Return of the King, the blind side, the dark knight, The Sqeakquel, Titantic, transformers revenge of the fallen, Twilight, twilight saga, up in the air 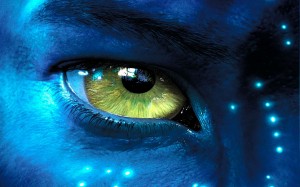 Three weeks in and Avatar is officially the 4th largest worldwide grossing movie of all time. Pretty impressive right? Even more impressive is the fact that in probably less than a week will move into the number 2 spot currently occupied by Lord of the Rings: Return of the King. After this weekend Avatar is sitting at an estimated sum of $1,018,800,000. So much for the worry that it won’t recoup its money?

Avatar not only crossed the $1 Billion dollar worldwide mark, but it also broke the domestic record for biggest third weekend ever. It’s weekend of $68.3 million put it leaps and bounds above the first Spider-man film. Avatar came out of the gate strong, but not as strong as recent box office breakers Twilight: New Moon, The Dark Knight, and Transformers: Revenge of the Fallen. It appears that Avatar is getting by on a strong word of mouth, and is also being helped along by the inflated ticket prices of 3D screens and IMAX. It still remains to be seen if it has the kind of legs to beat last year’s The Dark Knight with a domestic gross of $533 million, but in just three weeks it has beat the popular film’s worldwide take. One thing is for sure, James Cameron will have films that occupy the number 1 and 2 spot on the all time worldwide grosses chart in about another week.

Sherlock Holmes continued a good run that so far has been overshadowed by the release of Avatar. Adding another $38.4 million to it’s total, Sherlock Holmes is up to an estimated $140.7 million domestically.  The run is respectable, and is probably brought down by the fact of so many other strong releases out there. There is a good chance this one might show some legs after people have gotten their other must-see releases out of the way.

Alvin and the Chipmunks: The Sqeakquel is proving once again that children’s flicks do really well during the holiday season. The sequel which was widely panned by critics (its consumer scores are not good either0, added another $36.6 million bringing the squeaky voiced stars to a total of  $157.3.  The comedy is well on the way to matching the original’s $217 domestic take.

It’s Complicated dropped only 16% to pull in another $18 million dollars to bring the romantic comedy up to an estimated $59 million. The take may not seem high, but romantic comedies are not known for being box office powerhouses. Although the star power associated with this one would make someone think otherwise. The comedy still has a chance of becoming another film from 2009 to reach the $100 million mark.

Although the biggest breakout hit of 2009 is not Avatar, but Sandra Bullock’s Sports/Family Drama The Blind Side. The drama has had astounding legs, and upped it’s total from last weekend adding another $12.7 million. It crossed the $200 million mark to bring its current total to $209 million. With the type of legs and word of mouth this film is showing it could tumble on to the $250 million mark.  The Blind Side was probably one of the most pleasant surprises of the year, with good critical and crowd response.

Check out the rest of the top 12 below: