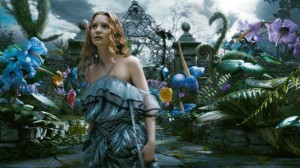 Tim Burton’s fresh take on the classic story of “Alice in Wonderland” cleaned house at the box office this weekend (read our reviews here).  The film, which has now held the top position for two weeks, defeated three new releases by bringing in $62 million during it’s second week. ‘Alice’ earned more than all three of the newcomers combined.

In only it’s second week in theaters, “Alice in Wonderland” has become the third highest grossing 3D film of all time.  Second place belongs to Disney-Pixar’s “UP,” and first place of course belongs to the box office behemoth “AVATAR.”

Here are the top box office results for the weekend of Friday, March 12: