Action Comics #1 Sells For $1 Million, But Will Batman Defeat Superman? 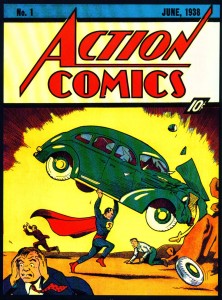 In a record breaking comic book sale, completely eclipsing the last record over 300 percent, Action Comics #1 sold yesterday for $1 million dollars. The 1938 comic is considered the Holy Grail by comic book collectors, as it featured the first ever appearance of Superman. Before now, the highest selling comic was the same issue – but not in as pristine shape as this one. That copy sold for $317,000. 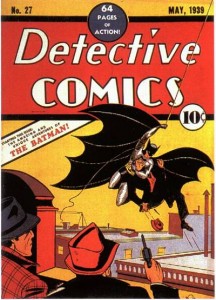 Due to the extremely high selling price of th Action Comics #1, a perfectly preserved comic featuring Batman’s first appearance – Detective Comic #27 – will go to auction this Thursday. Some collectors are speculating that the Dark Knight may outsell Superman, due to the extremely low number of copies left in good shape. While there may be only 100 or so of Action Comics #1 in decent condition, the Detective Comic #27 on sale is thought to be one of only about 50 others like it.

So who will triumph in the battle of antique comic book sales? Will the man of steel be able to keep the new record for a while, or will Batman be triumphant? Discuss in the comments below.