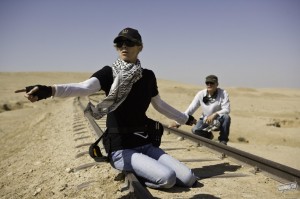 The 82nd Annual Academy Awards were truly memorable last night. The Oscars were a huge win for director Kathryn Bigelow, and her incredible film “The Hurt Locker.” Both she and the movie took home the two most prestigious awards of the evening – Best Picture and Best Director. She is now the first ever female to win for best director.

Many are calling the decision to award Bigelow and ‘Hurt Locker’ both awards is robbing James Cameron of what he rightfully deserves, due to the epic success of AVATAR – the highest grossing film of all time. The movie, which has earned over $2.5 billion worldwide at this point, won Oscars for best art direction, cinematography, and visual effects last night. In my opinion, those awards are exactly what the film deserved to win.

What do you think of the Oscar winners last night? Leave your comments below!