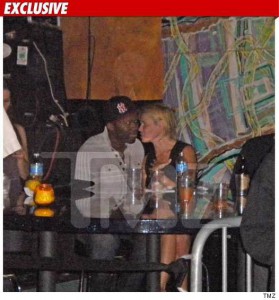 50 Cent appeared on “Chelsea Lately,” Handlers late night E! talk show, in November of last year. There was definitely chemistry between the two of them.

On September 22, 50 Cent Tweeted, “A yal know I love me some chelsea handler yal see her show tonight she is so funny to me.” Handler responded to his messages by tweeting a photo of a black doll next to a while doll. The rest is history…

What do you think of the new relationship? Leave a comment below!