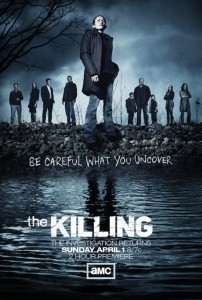 This has been one of the best seasons of television in recent memory. I’m aware that it is a little late for a season recap but I had to hold off on writing something till AMC’s The Killing came to a close because this would not have been the same if I hadn’t included that show/

There are so many shows to talk about so I’ll try to keep this brief and give you a quick run down of quite a few of the shows from this past season. I won’t spoil anything for you guys (this time). I just want to throw out some good quality TV Shows that I recommend for next season or that I recommend checking out this past season of because they aren’t coming back.

With every end to a Television Season we have to say goodbye to some of our favorite shows and this season had some of the longer running shows leave us for good. Dr. House did what he does for the very last time, the original “Housewives” left us, everyone’s favorite spy in recent memory said goodbye, and the Scott brothers left us after nine year.

Along with the shows who willingly leave us there are also the shows that leave us because of how their Network viewed the show. CBS has the best case in this having to pull shows like: CSI: Miami, A Gifted Man, and Unforgettable because they needed the space to fill new shows into their slots. All three of these shows had rather good ratings and viewership. All the other networks didn’t have that kind of luxury by having to pull shows because of low ratings, viewership, and new shows. It was no surprise to see NBC pull Harry’s Law (I’m surprised it didn’t go last season). I know FOX is kicking themselves for reviving Breaking In. There were a few shows like Charlies Angels, Pan Am, and The Playboy Club which sounded like good ideas on paper but they both didn’t even make it to Winter Break before being cancelled. I was perplexed by one cancellation in particular and that was The CW pulling The Secret Circle from its lineup. The show was the networks second highest watched show behind The Vampire Diaries but the network decided to keep other shows that got killed in the ratings. I just found that odd.

Some of the better things from the world of sitcoms were: How I Met Your Mother (who I felt had their best season in three years), Parks and Recreations (Best season to date), Modern Family and The Big Bang Theory (of course), Community (better than last)… I could go on and on about Good sitcoms from this past season because there are legitimately twenty-five sitcoms on my “Must Watch” List. 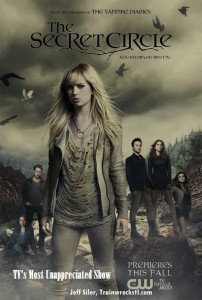 The world of Drama is a much shorter list for me because I am picky with my time spending and when a show is twice as long it takes a lot more to keep me watching. For me shows like Unforgettable, Person of Interest, A Gifted Man, Grimm, and a few others are very good shows but for me they just got too repetitive and I stopped watching. The big thing I look for is something original and something that keeps me entertained throughout. Smash was one of my favorites from this past season because of the writing on the show. The Secret Circle also made this list but its gone for good now. The one network show I highly recommend is Revenge. Revenge is one of the best written shows on television with so many twist and turns in each episode. When it comes to cable I say to just turn your tv to AMC and watch the masterfulness ensue. The Walking Dead is one of the best shows on television, Hell On Wheels is really good, I hear the Mad Men and Breaking Bad are really good as well (I regrettable have never seen either) but above all, If you are listening to me at all I HIGHLY recommend The Killing. The show has some of the best writing I have ever seen and the characters on the show are some of the most likeable characters on television. The plot turns are another great thing about this show.

With that I want to take the time to hand out my own personal awards from this past season (Its not quite an Emmy but its close).

The Frasier Award for Best Comedy (Record five wins, Cheers was second (4), and 30 Rock could break the record within two years with their 3 wins so far)

Nominees: Community, How I Met Your Mother, Parks and Recreation, 30 Rock, Wilfred

Nominees: Hell on Wheels, Once Upon A Time, Revenge, The Secret Circle, Smash

Nominees: Hell On Wheels, The Killing, Revenge, The Secret Circle, The Walking Dead

Nominees: Are You There, Chelsea, Free Agents, How To Be A Gentleman, Ringer, Work It

Winner: How To Be A Gentleman