17 Photos From ‘The Bible’ Miniseries Premiering March 3 on History, Blu-ray/DVD to Follow

What better day than Sunday to talk about the upcoming miniseries on History – The Bible? 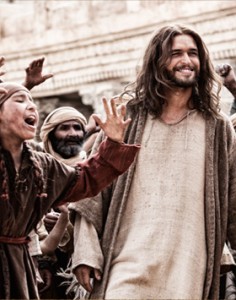 The ten part series, produced by Roma Downey and Mark Burnett, premiers March 3 and will air weekly for the five weeks leading up to Easter Sunday (March 31 this year). Here is the weekly breakdown:

WEEK 1 : IN THE BEGINNING / EXODUS

Episode 1. Sacrifice of Isaac – Abraham’s emotional sacrifice of his beloved son, Genesis 22:1-18.
Episode 2. Moses & the Burning Bush – Moses’ calling to face his past and deliver His people out of Egypt, Exodus 3:1-17.

Episode 7. Walking on Water – Christ’s invitation to Peter to have faith amidst the tempest, Matthew 14:22-33.
Episode 8. The Last Supper – Christ’s final fellowship and farewell to his disciples, Matthew 26:20-28.

Here are 17 high resolution photos from The Bible: 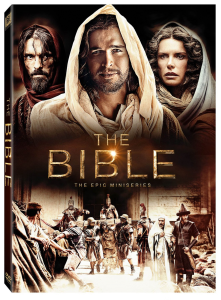 The Bible will be released on Blu-ray and DVD after the show airs on History. You can pre-order here on Amazon.

About The Bible:
From Executive Producers Roma Downey and Mark Burnett comes The Bible — an epic 10-part miniseries retelling stories from the Scriptures for a whole new generation. Breathtaking in scope and scale, The Bible features powerful performances, exotic locales and dazzling visual effects that breathe spectacular life into the dramatic tales of faith and courage from Genesis through Revelation. This historic television event is sure to entertain and inspire the whole family.