Zac Efron Starring in Nicolas Sparks’ “The Lucky One” 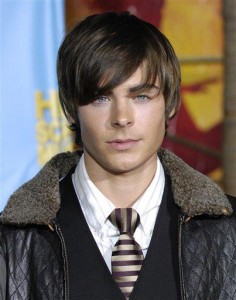 Nicolas Sparks books are being optioned in Hollywood left and right, and the latest Sparks book to be pushed into the green light? None other than The Lucky One, which just scored a big hit by signing Zac Efron in the lead role.

The Lucky One once again brings us to Sparks’ stomping grounds of North Carolina. This time we follow a soldier, Logan Thibault, who finds a picture of a beautiful woman in the sand, and carries her picture through three tours of Iraq.  Once his time in the military is over with, he sets about finding the beautiful woman in his good luck charm.

Technically the actor is still in negotiations for the role, but it pretty much seems like a sure thing. It is pretty much a win-win for both him and studio. Efron fits in just right for the audience that Sparks novels cater to. Likely both actor and project will get a bit of a boost because of the pairing.  Currently similar projects to this have made about $80 million at the box office on average, could this one push into the $100 million range?

What do you think about this? Let us know in the comments!