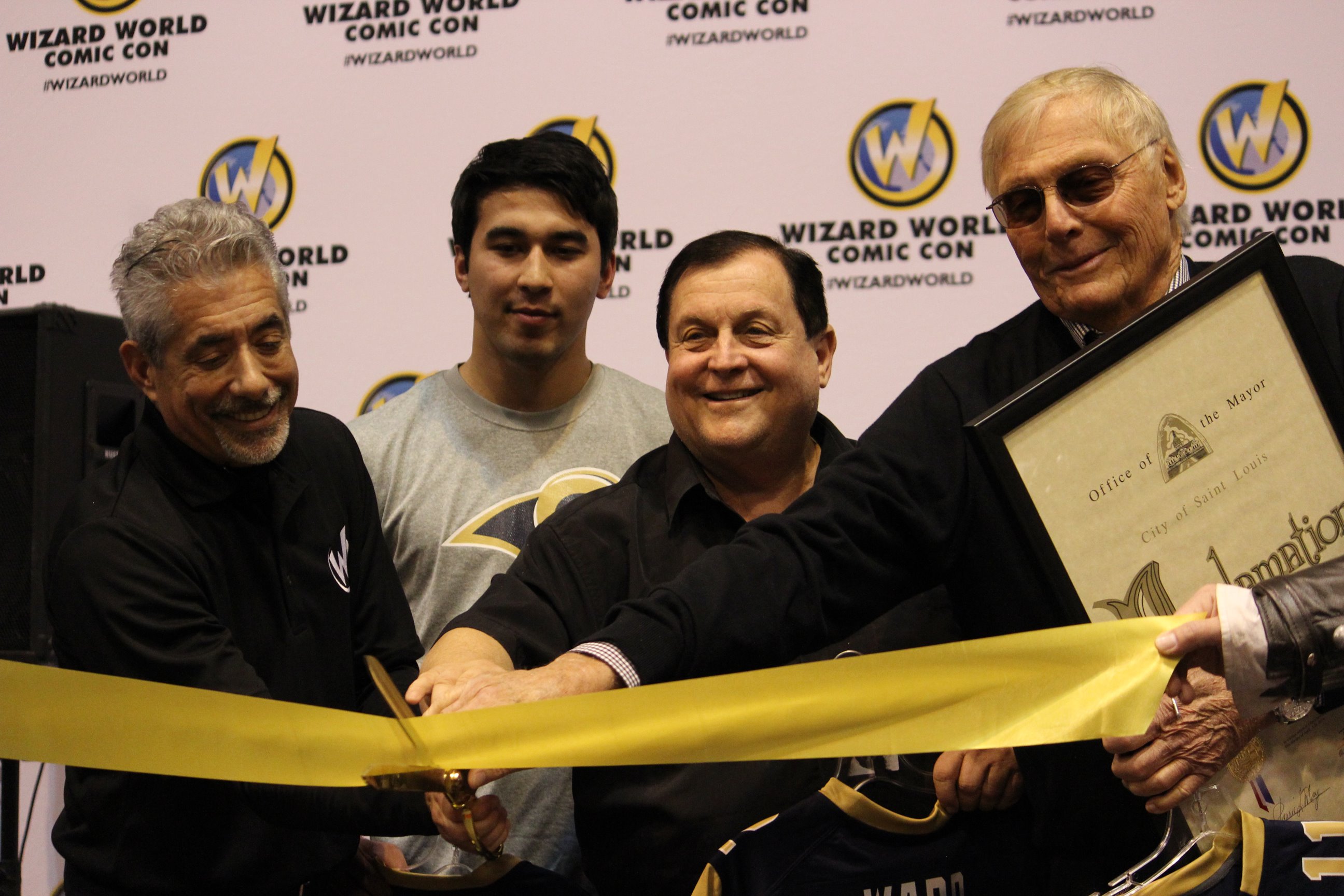 As I sit in my recliner taking in all the glory that is WrestleMania 30, I’m reflecting on the weekend that has passed.  Wizard World descended upon the America’s Center for the second year in a row, and there would be no sophomore slump.  After the turn out we gave them last year, they brought some of their best this year and we responded in kind. With an amazing turn out again, St. Louis showed Wizard World and the pop culture community that this town is a hot bed of talent and fans.

This year’s show floor was in the actual Edward Jones Dome, rather than being limited to just the America’s Center due to its size.  Where last years show had a lot of dealers bringing high end books (Amazing Fantasy #15, Detective Comics #27, etc.), this year’s show brought more variety to the Gateway city. There was a lot more merchandise to be sold, and talking to the deals it seems to have been going very well.  They were selling more current items and variant covers.  To me, that’s where I will spend money.  I won’t be buying $15,000 books, but I might pick up some older issues of Hellblazer or Daredevil to plug some holes in my collection.  That was one of the things that last year’s con was missing. 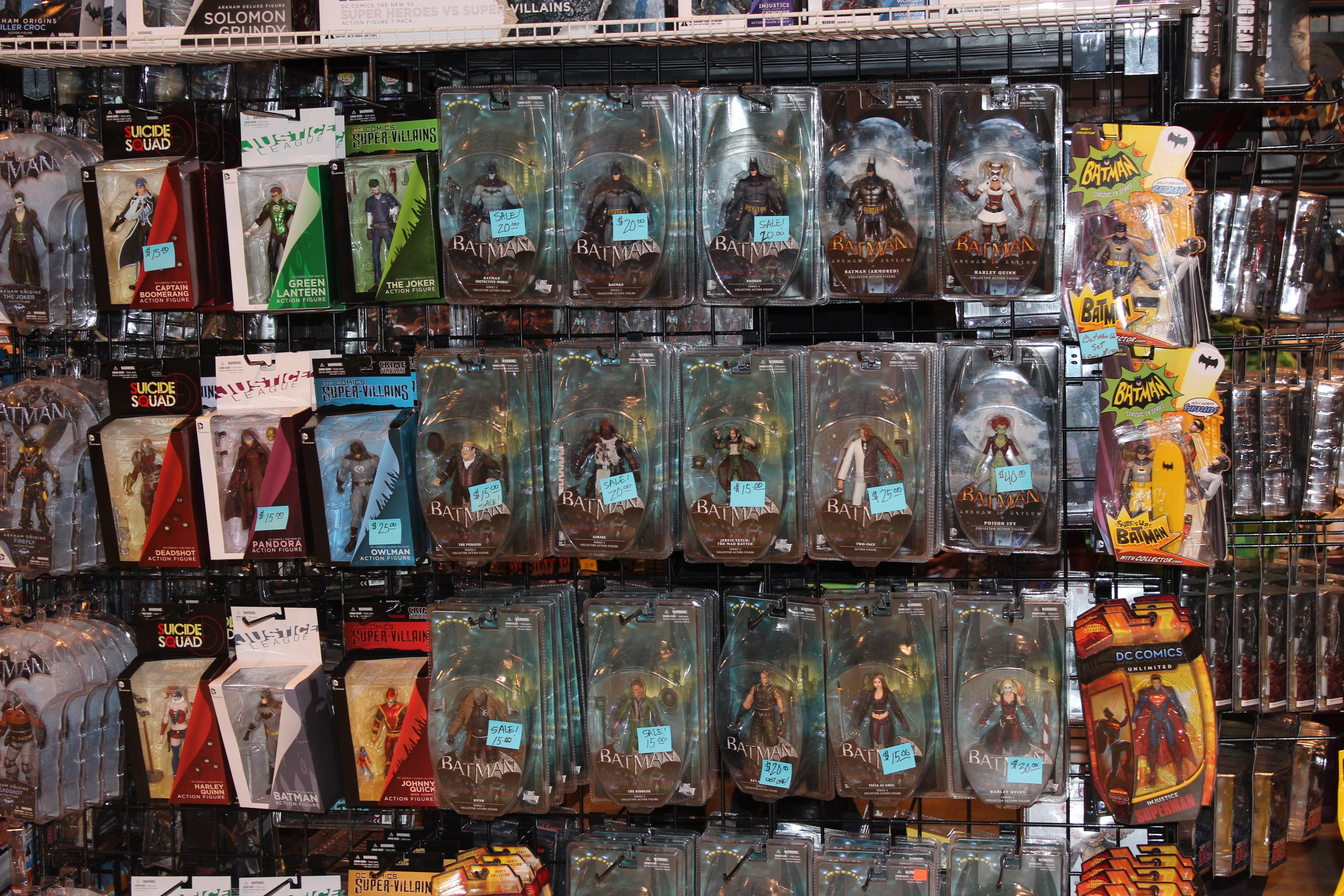 Hopefully we will see even more retailers make the trip in upcoming years. 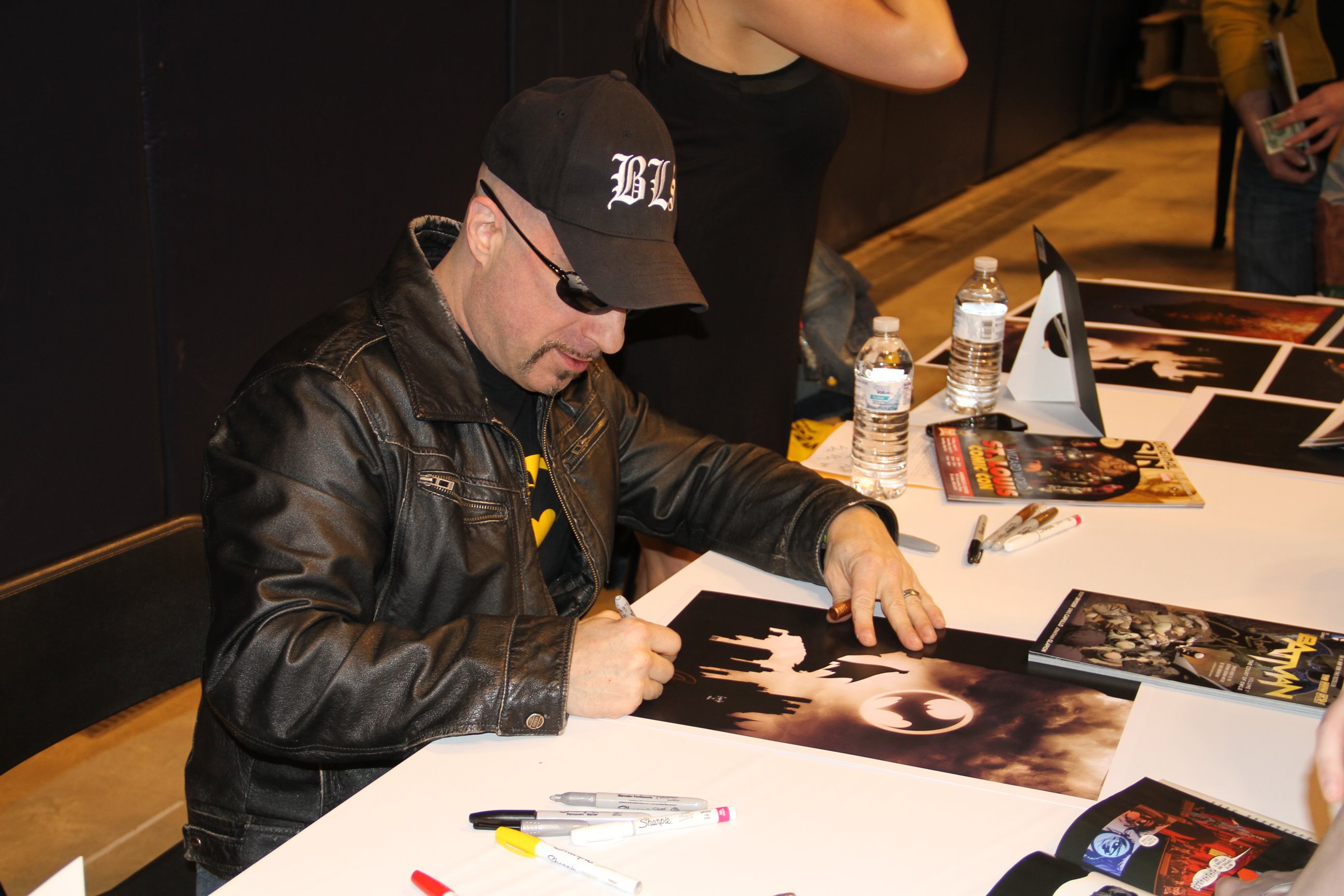 To go along with the comic book retailers, I must mention the amazing comic creators that made appearances this year.  Greg Capullo (Batman), Ethan Van Sciver (Green Lantern), and Chris Samnee (Daredevil) were just few of the heavyweights that were in Artists Alley this year. All of these fine gentleman were some of the nicest guys I’ve had the privilege of talking to.  I was able to have a great conversation with Chris Samnee & even got a little interview out of the deal. Not only were there artists from the big two, but there were also some home grown talent at the show as well. Thompson Knox (who has done work for DC & IDW) had a booth at the show.  He was kind enough to add to my sketch book with a little sketch from Shaun of the Dead. Also, Yale Stewart (JL8) was represented all well.  It was nice to see these guys sitting amongst all the other artist in Artists Alley.  I hope with the great turn out for all three days, the trend of great talent will continue. 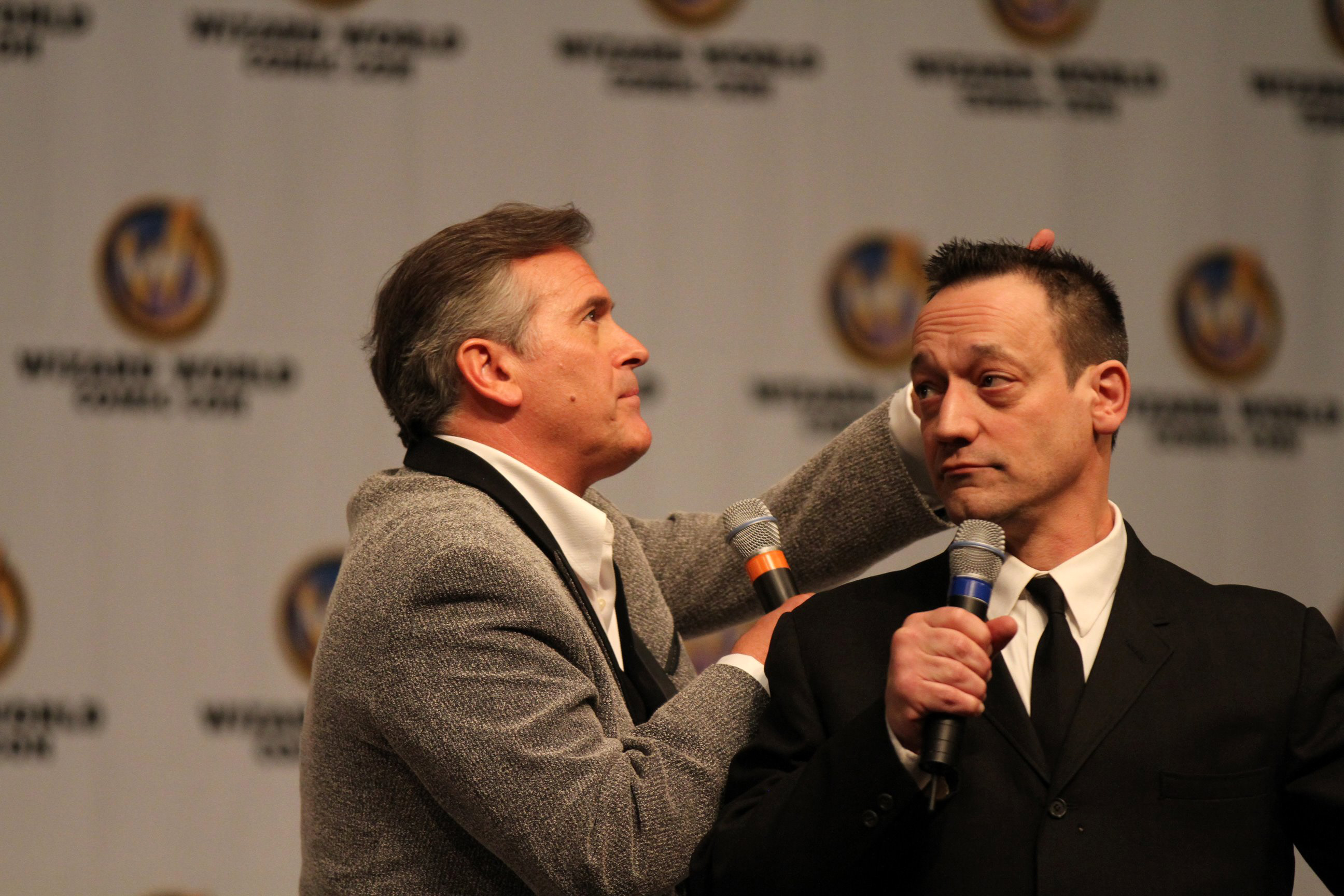 Of course, this wouldn’t be a comic convention without some pop culture icons in attendance. This year, the fans were treated to Bruce Campbell, Ted Rami, Sara Jean Underwood, Chris Jericho, Nathan Fillion, Karen Gillan, Adam West, Burt Ward, and Matt Smith.  Now those are some heavyweight Nerd-tastic guests.  There were panels that ran every day, but Bruce Campbell and Ted Raimi stole the show.  They were extremely funny and had a great “schtick”.  It was a great performance, where the audience didn’t ask a single question to the two stars.  Instead, Campbell and Raimi pulled people from the crowd and allowed the fans to ask said audience members questions – while the two stars did a running commentary. 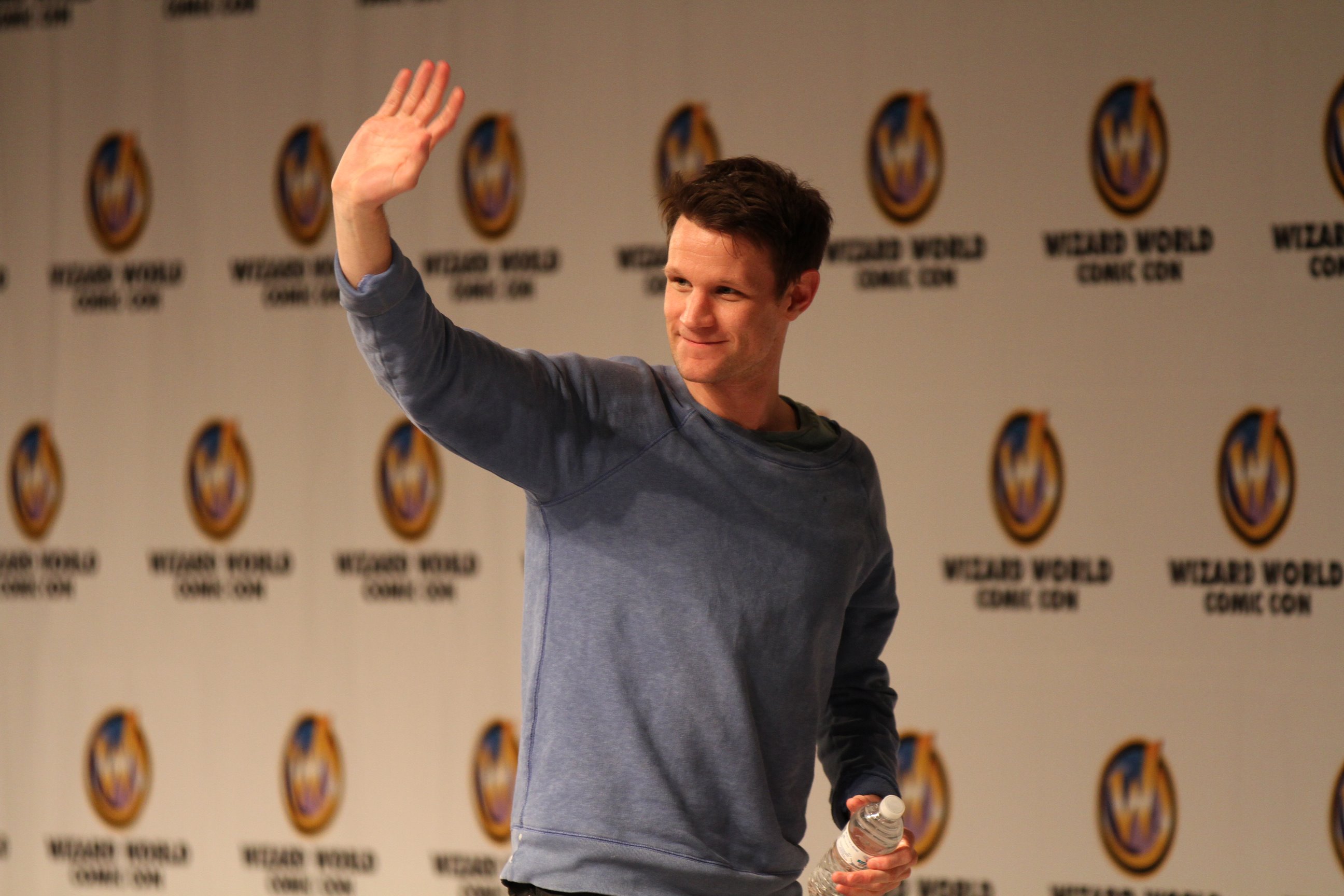 Matt Smith at the Dr. Who Panel.Photo Credit: Kevin Brackett

Overall, this show was another great representation of what St. Louis has to offer.  This year, Wizard World and retailers alike, saw the turn out we could muster and they came to us in droves.  The other thing I need to mention is that not only is it great that we proved (yet again) that St. Louis can sustain a convention of this size, but it’s also a huge economy boost for the city.  People come from all around the country to see these guests, who are a great draw.  I’m looking forward to seeing Wizard World make their return next year, and come back even bigger and better than before. 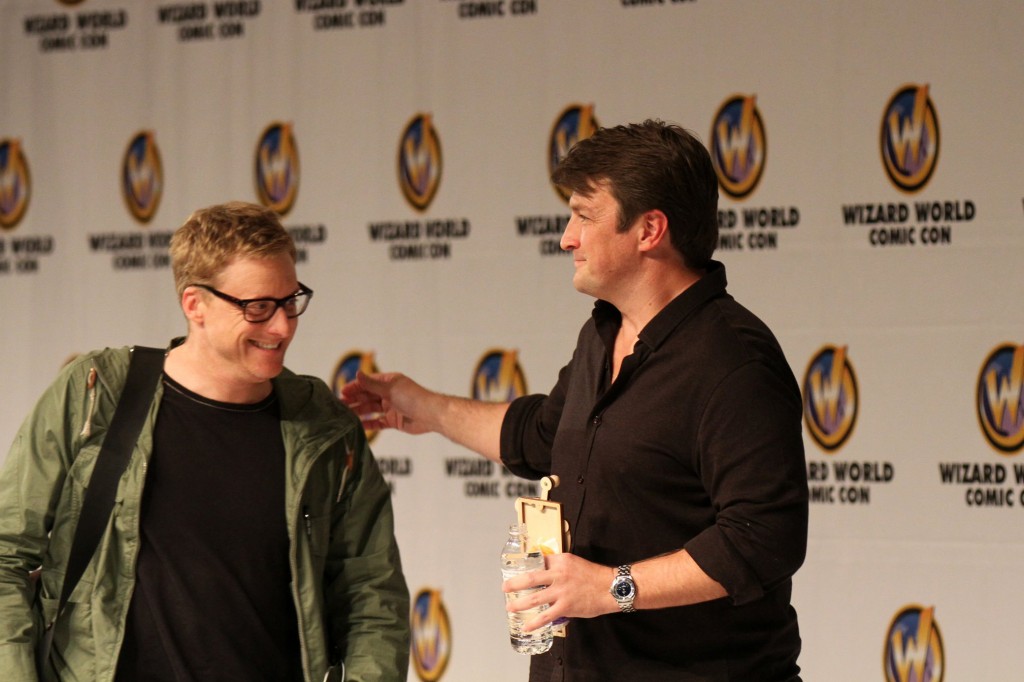