Win Passes to “Avatar” at the St. Louis Advance Screening

ReviewSTL invites you to enter to win passes to the St. Louis advance screening of “Avatar” 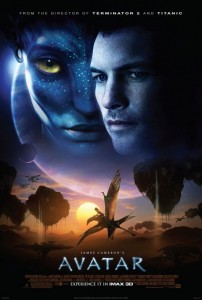 A paraplegic ex-marine war veteran is unwillingly sent to establish a human settlement on the distant planet of Pandora, only to find himself battling humankind alongside the planet’s indigenous Na’vi race in this ambitious digital 3-D sci-fi epic from Academy Award-winning Titanic director James Cameron. The film, which marks Cameron’s first dramatic feature since 1997’s Titanic, will be shot on the proprietary FUSION digital 3-D cameras developed by Cameron in collaboration with Vince Pace, and will offer a groundbreaking mix of live-action dramatic performances and computer-generated effects. Australian actor Sam Worthington stars as the reluctant human settler, Jake Sully, with actress Zoe Saldana signing on to portray the local woman who enters into a romantic affair with the hero. The revolutionary motion-capture system created for the film allows the facial expressions of actors to be captured as a virtual camera system enables them to see what their computer-generated counterparts will be seeing in the film, and Peter Jackson’s Oscar-winning Weta Digital visual-effects house has been hired to supervise Avatar’s complex visual effects. Joel Moore, Sigourney Weaver, Stephen Lang, and Michelle Rodriguez round out the cast. ~ Jason Buchanan, All Movie Guide

In order to enter the contest, simply leave a comment at the bottom of the page telling us why you want to see Avatar (the 3D, return of James Cameron, etc.) Winners will be chosen at random and notified via e-mail.

NO PURCHASE NECESSARY. Screening is at 7PM on Thursday, December 17 at LANDMARK’S TIVOLI.

Please note that winning passes to “Avatar” does not guarantee admission to the film. You must arrive early as seating is first-come, first-served. It is usually safe to arrive at least 1 hour or more before show time!