Will Smith’s Next Project? “The City That Sailed” or “Men in Black 3” 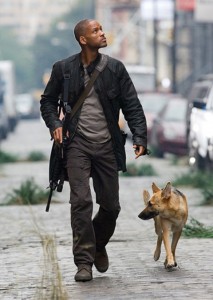 Will Smith my arguably be the biggest movie star on the planet these days. He draws crows from just about every demographic, and on top of it he is a pretty solid actor. Unlike a lot of actors, Smith can pick and choose projects how he sees fit. His latest dilemma is choosing between a sequel to his popular Men in Black series or working on a new project called The City That Sailed.

The City That Sailed tells the story of a street magician in New York (Smith) who lives across the ocean from his daughter. One day she finds a lighthouse with magical candles, and wishes to be with her father. This wish causes Manhattan to break away and move across the Atlantic Ocean all the way to England.

The pros of another Men in Black sequel means that it is guaranteed to be a hit.  Although, the second film in the series felt kind of stale, and didn’t perform nearly as well as the first film. The City That Sailed, seems to be a neat story, and if someone can pull it off I have to believe it is Smith.

Men in Black was one of the first movies I ever remember going to see multiple time. I loved that movie, and when I was a kid I thought that song was cool as hell. Will Smith was the epitome of cool. These days he’s an actor I respect, but question things like his ties to Scientology.

Which film should Smith work on? Do you think he should find a way to film both? Let us know in the comments!