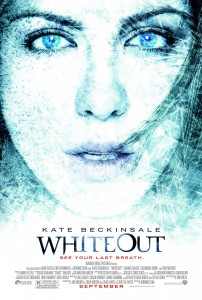 Every time I leave the theater on a film like this I ask myself, “Do the people associated with this film know it is this bad?” I think more often than not many people involved with projects know they have made a lackluster film that will be forgotten just as quickly as it was made.

Whiteout starts with a Russian cargo flight in 1957 making a run over Antarctica. We never really learn why they are flying over the South Pole, but it seems mainly for the dramatic effect. That way we can spend an hour-and-a-half in the coldest place in the world. The flight is doomed from the beginning, as the Russians are transporting something that the pilot and co-pilot want for themselves. But when the co-pilot tries to take out the guards, things don’t go according to plan. Everyone aboard ends up dead, and they spectacularly crash into the ice shelf of Antarctica.

Fast forward about 60 years later, where we meet our heroine of the story, U.S. Marshall Carrie Stetko. When we are introduced to the main character, she has been stationed at a scientific research base near the South Pole for two years. Her time is almost up, and in just a couple days she will be leaving for a new post. Everyone else is leaving at this time as well, because after the next two days the sun won’t come back for 24 weeks. Not to mention that the area plays hosts to brutal storms of snow so fierce you can’t see six inches in front of your face. Hence the name of the film – ‘Whiteout.’ The trouble starts when a body is found out in an area away from the camp. Carrie must deal with her haunting past and solve the murder so she can finally leave Antarctica.

Whiteout is an adaptation of a graphic novel by Greg Rucka, and has been in development hell since the rights were acquired back in November of 1999. Almost 10 years and 4 screenwriters later (that are credited, who knows how many other rewrites were done in 10 years), you feel how too many hands are in this film. The story feels uneven, and the dialogue is so dismally bad that it makes you laugh. From the very beginning of this film you know what you are getting into. A beautiful Kate Beckinsale is shown slowly undressing, and taking a shower for a least a full minute before we finally get into her story. It was as if the makers of this abomination said, “We’re sorry that we are going to make you sit through such an awful movie. But to make up for it, here is Kate in her underwear!”. The most unfortunate thing about this, it is easily going to be the high point of the film for most people (at least male movie goers).

The biggest problem here is the script. Anytime you have this many screenwriters, you know the film has had too many ideas injected in and removed. The action is hectic and the dialogue is horrible. One of the great things about film as a medium is that it consists of images to convey ideas and emotions. Therefore you don’t need a character to explain the exposition; you can show the viewer. Whiteout chooses not only to show you what is happening, but to also have one of it’s characters say useless dialogue – making them seem like the newest incarnation of Captain Obvious. There is one point where we see a frozen dead body, and a character exclaims how the person is dead. It is easily one of the most useless pieces of dialogue. In addition to a director and writers who don’t understand the concept of film, they also don’t understand the basic underpinnings of storytelling. Characters make huge leaps in logic, and answers come so swiftly that you would be sure that the character read the spoilers on the internet. Throw in a transparent villain, and you have one of the worst films of the year.

None of the actors do a horrible job, but none of them seem to have their heart in it either. Beckinsale’s Carrie feels so lifeless that when her background story is revealed, nothing other than apathy for her character and her situation is felt. You are meant to feel her isolation, but instead of making scenes showing her dealing with that, we get gratuitous shower scenes. Tom Skeritt as Doc is the lone standout in the cast. He brings heart to a role that is just as underwritten as any other in this film. Columbus Short comes in the middle of the road. He shows more charisma in this than previous roles, but once again his character is fleshed out so little you can hardly get a sense of him.

Overall, Whiteout is a mess of jumbled ideas, badly written character and dialogue. Even if you are fan of the genre this type of film resides in, I still recommend skipping it. I predict it will top many peoples’ worst films of the year list. 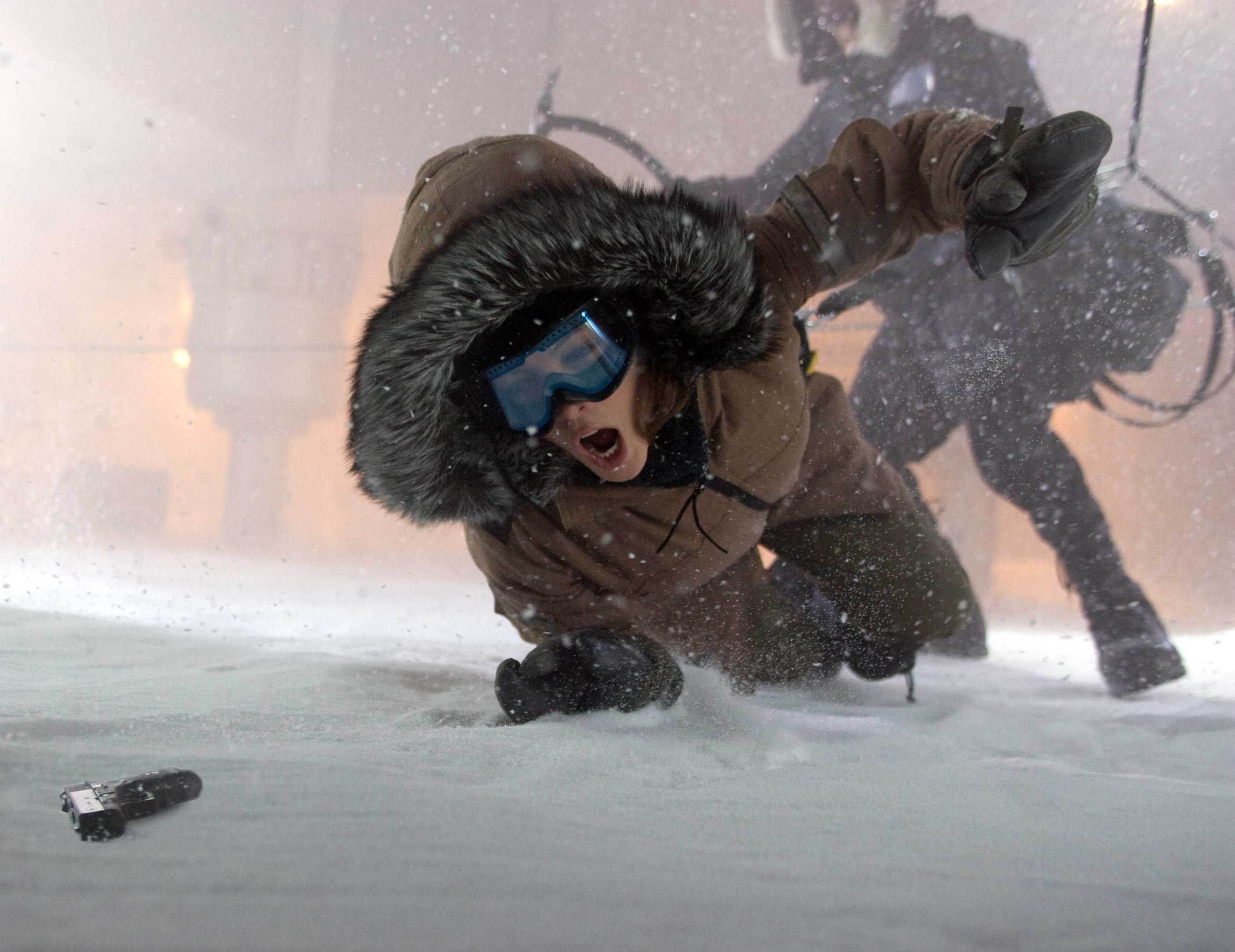